When Billy Fischer, MD, was a child, his family spent time living in China. While there, he was struck by the stark contrast between how people lived in China at that time and how his family lived. He’s dedicated himself to addressing poverty and disparity and found medicine to be the way he could make the most impact. 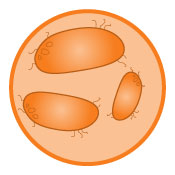 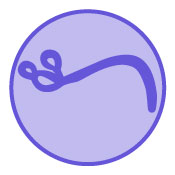 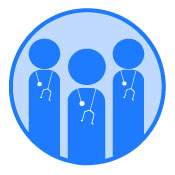 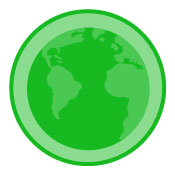 Billy Fischer, MD, has never lacked direction. Even during his high school years, when he says he felt “a little bit lost,” the obstacles in his path were not the result of normal teenage mischief. No, Fischer already set his sights on a lofty goal, addressing and alleviating global poverty. He just wasn’t sure how to do it.

He discovered medicine was his way in.

In the past year and a half, that path has taken Fischer, assistant professor in the Division of Pulmonary and Critical Care Medicine, to West Africa, where he was among the first physicians on the ground in Guinea, caring for patients during that country’s Ebola outbreak. He later teamed up with David Wohl, MD, associate professor of medicine in the Division of Infectious Diseases, in Liberia where – in collaboration with health care providers from Liberia and a clinical research organization called Clinical RM – they launched the first clinical trial of a therapeutic intervention in an Ebola outbreak, in which plasma from survivors of Ebola virus disease is given to patients who are battling the disease.

“Our model has always been to couple direct service with clinical research, with the idea being that if our freezers went down and we lost all of our research samples we were still providing an incredibly important service to patients” said Fischer.

That work has earned Fischer and Wohl considerable acclaim and attention. In August, Fischer was awarded the UNC School of Medicine’s James W. Woods Junior Faculty Award, which is given annually to an outstanding young clinical faculty member.

We sat down with Fischer for a Five Questions feature to discuss why he chose to pursue medicine, how his life has changed in the last two years, and what’s next in the ongoing effort to better understand the Ebola virus.

You’ve called the disparity in health care access around the world your primary motivation for getting into medicine. Where does that come from?

It stems from my exposure to poverty at a very young age. Not just poverty, but the huge disparity of wealth that exists in the world. I spent time during my childhood in China. My father studies business management and in the early 1980s, we lived for a time in post-Cultural Revolution China. This experience exposed me to the stark disparity between how people lived in China at that time and how my family lived. That disparity has always stuck with me and from an early age, I knew it would be the focus of my life.

Growing up, I spent a lot of time thinking about how I could contribute. To me, medicine made the most sense. Illness is such a personal experience and medicine offered a way to directly impact a person’s life.

How did you decide to focus on critical care, and how does that fit your goals of addressing poverty?

Before medical school, I spent a year at the Centers for Disease Control working on hemorrhagic fevers, but was told at the time that I should focus on other things because those illnesses don’t have a wide enough public health impact. So, I shifted a bit to focus on diseases like HIV and influenza. During my residency and fellowship I focused on influenza research which coincided with the 2009 H1N1 pandemic. Then, when this Ebola outbreak happened, it brought together all of these worlds in an incredibly unfortunate way.

How has your life changed in the past two years?

It has been both devastating and empowering. I’ve never seen so much despair in my life and I am still haunted by that. I’m haunted by the way many people died, completely separated from their families. And it’s also been tough because I feel a strong sense of guilt that I haven’t done more to bring better care to people who need and deserve it.

The despair was overwhelming, but this has also created an incredible opportunity for different groups to come together and fight back.

For 40 years, the treatment paradigm for Ebola has stayed the same. Prior to this most recent epidemic, each outbreak has been stopped with the same approach –eliminating or minimizing transmission, an approach that relies heavily on isolating infected patients. In many ways the mythology of Ebola has been sustained by this approach which has resulted in high mortality rates of those who have been isolated. With this outbreak the paradigm has totally shifted and the World Health Organization deserves a lot of praise for that. While they have received a significant amount of criticism, they deserve credit for changing this paradigm and saying that we have to do better for that patient who is isolated. So, they sent in specialists to improve care and we showed that we could reduce mortality just through supportive care.

Once people recognized that we could do better, the mindset towards Ebola shifted and we, along with others in the field, kept trying to push the envelope to see how much of a reduction we could achieve with each new intervention. When we saw the case fatality rate was lower for patients repatriated to the US and Europe, we knew we had to do better in the field and so I teamed up with David Wohl, health care providers at ELWA Hospital in Liberia including Jerry Brown and John Fankhauser, and Clinical RM to launch the first clinical trial of a therapeutic agent in an Ebola outbreak. In this trial, we ensured that everyone – whether they were part of the trial or not – received enhanced clinical care so that even if the research failed, patients would benefit from us being there. Much of the credit for this and the rest of our work in Liberia and Sierra Leone belongs to David Wohl. David is an incredible force for good and has made me and the rest of our team simply better in every way.

You’ve dedicated your life to fighting poverty, which is an enormous challenge. How do you keep yourself from becoming overwhelmed?

I gave a talk recently, and afterwards Dr. William McLendon sent me an email with a quote from Clarence Poe, who was the longtime editor of Progressive Farmer. Poe wrote, “Our democracy will never be complete until every person, rich or poor, high or low, urban or rural, white or black, has an equal right to adequate hospital and medical care whenever and wherever he makes the same grim battle against ever-menacing death which sooner or later we must all make.”

And I truly believe that.

Poverty is probably the leading cause of death and disease in this world and we have to address that. It’s always in the back of my mind. It is a daunting challenge, that doesn’t have a simple answer but every bit helps. One thing that I’m absolutely certain of is that collaboration is the only way to address these problems. It takes a village. I’m so lucky that my village has David Wohl in it. And Jerry Brown and John Fankhauser, and David Hoover. And so many other people working together in a meaningful way.

Survivors are so important to the ongoing fight. For the first time, they are empowered to fight back but they also are plagued by ongoing apprehension and fear about transmitting this virus through sexual contact. When a recent case in Liberia was determined to have likely occurred via sexual transmission recommendations came out instructing survivors to avoid sexual contact until semen had tested negative twice but there was no testing available in Liberia and no recommendations for women. We have partnered up again with the health care providers at ELWA and Clinical RM to address this problem by launching a survivor project that aims to provide free testing for male and female survivors, characterize the clinical and virologic ramifications of Ebola virus disease, and provide care and answers to them. Again, if we lose all of our samples, the testing and the clinical evaluations will directly benefit the survivors – it’s another example of combining service and clinical research. We are also trying to provide support to John Fankhauser’s survivor clinic through donations and by David and I seeing patients in the clinic. So we’re not finished yet.