UNC School of Medicine
Skip to main content
UNC Health and UNC School of Medicine
Newsroom
The UNC Health logo falls under strict regulation. We ask that you please do not attempt to download, save, or otherwise use the logo without written consent from the UNC Health administration. Please contact our media team if you have any questions.
Home / News / Serving the Underserved in Honduras

The summer after her freshman year of college at UNC, Morehead-Cain Scholar Helen Powell, of Burlington, North Carolina, spent eight weeks assisting in a primary care clinic in Nicaragua, where she improved her Spanish-speaking skills while working alongside Nicaraguan physicians and nurses.

The experience exposed Powell, who planned to attend medical school, to health care in a developing nation – and to the value of serving underserved populations.

“After that summer, I knew I wanted international experiences to be part of my medical school education,” says Powell, a second-year student at the UNC School of Medicine. “But that project encouraged me to try something different as a medical student – to pursue an international health opportunity that was team-based and led through a structured, organized program.” This past summer, she was one of sixteen UNC medical students to travel to Honduras with the Honduran Health Alliance, or HHA, a UNC School of Medicine student-led group that provides health services to women in El Corpus, Honduras, and surrounding rural communities. For the past twelve years, for three weeks in the summer, HHA has offered women in these areas health education, family planning, cervical cancer screenings, sexually transmitted infection treatment, and other services.

Desiree Coutinho, a fourth-year UNC medical student who traveled with HHA two years ago, organized the 2015 trip with fellow fourth-year student Tyler Warmack. A Charlotte-area native who attended Furman University as an undergraduate, Coutinho has had several international educational experiences, from Latin America to India to the Dominican Republic. HHA stands out among them.

“The ties that UNC students have formed in Honduras have helped establish the program,” says Coutinho, who will specialize in pediatric anesthesiology when she moves on to residency. “When medical mission work is done correctly, with dedication from the providers and from those in the communities, as well as the kind of institutional support the School of Medicine provides through the Office of International Activities, it’s incredibly valuable to the patients and the volunteers.” 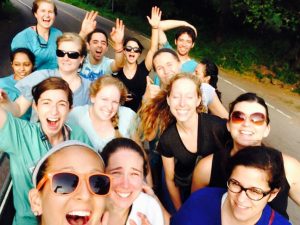 The 2015 group consisted of eight rising fourth-year and eight rising second-year medical students, four UNC attending physicians, and two maternal public health students from the Gilling School of Global Public Health. The trip was structured similarly to previous years: during week one, health education was provided to women in rural communities; during week two, clinics were held in Madrigales, a small community about 45 minutes away from El Corpus; and during week three, pap smear results were returned to patients.

Over the seven-day clinic period, HHA saw 567 women, including 124 in one day, and performed 291 pap smears. In years past, younger and older students were paired and saw patients together, but the high level of interest from women this summer required the group to adjust its plans to meet the needs of the patients.

“Because so many women arrived for services, rising second-years had to take histories on their own and report to the older students and attendings about what they found,” says Coutinho. “Time constraints and resource limitations required every one of us, including younger students, to step into the role of assessing, analyzing and examining the patient, while also ensuring that every woman was seen and well cared for before dark.”

Coutinho was impressed by the development of the younger students during the trip. 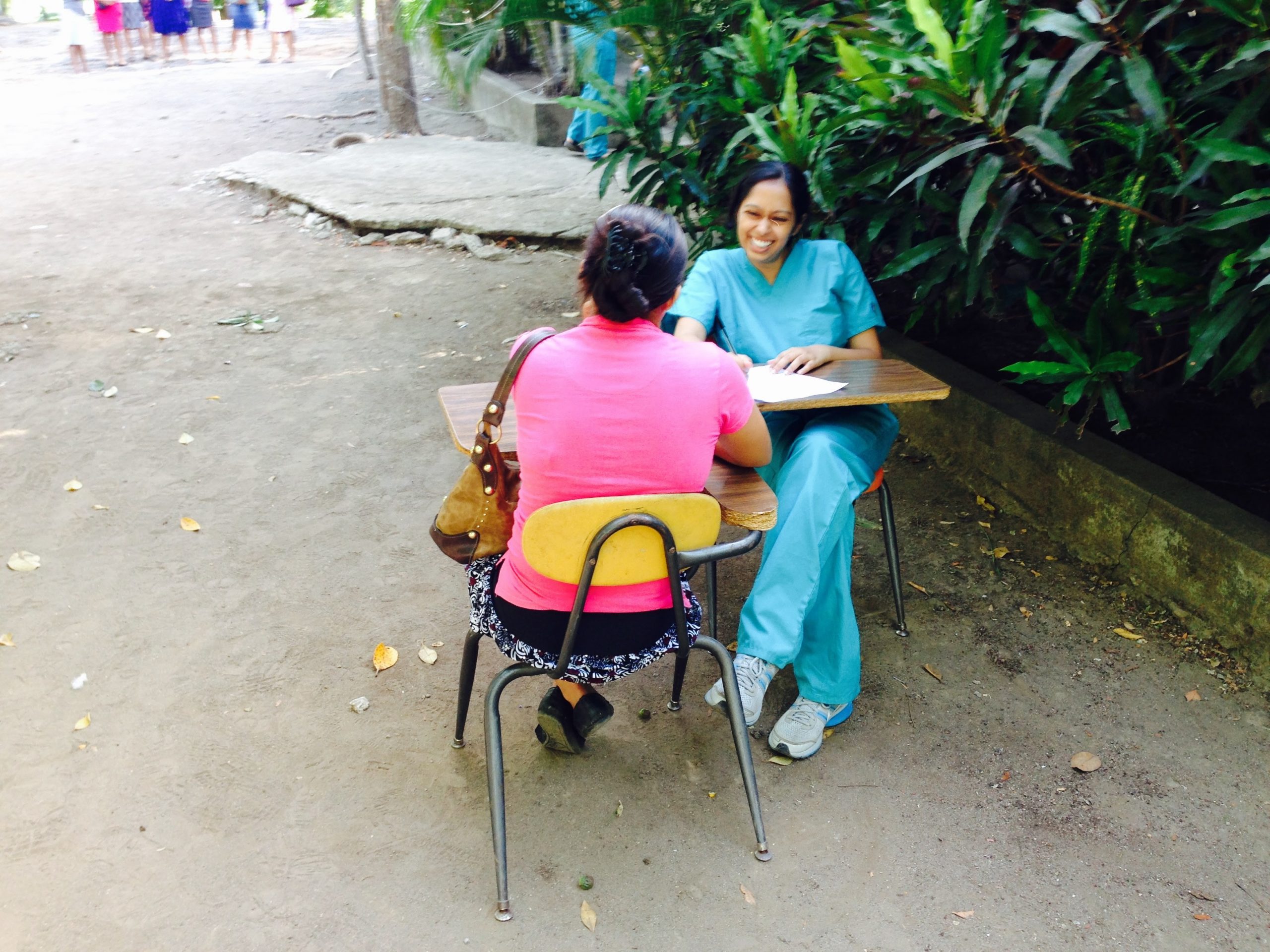 “They adjusted to the realities of our clinic and truly embraced and excelled at what was asked of them,” she says. “They were excited to learn, get their hands dirty, and work hard.”

Traditionally, HHA has emphasized mentorship between students. Younger students, with the guidance of older students and attendings, apply what they’ve learned during their first year of medical school. Fourth-year student Sean Miller, from Fayetteville, North Carolina, had traveled internationally on medical missions, but HHA and its emphasis on mentorship was a new experience.

“It was helpful for me from a teaching standpoint,” says Miller, who will soon decide between emergency medicine and surgery for his specialty. “This is the first clinical work rising second-year students do, so we helped them with their presentations and their clinical thinking. I wasn’t expecting teaching to be quite as much fun as it actually was. It pushes you to think about what you know and don’t know and how best to teach someone else – it helps you grow and expand your knowledge.”

Christina Cronk, a fourth-year student from Greensboro, North Carolina, plans to specialize in family medicine. She participated in HHA two years ago and returned this past summer. She, too, valued the mentorship aspect of HHA, which reminded her how exciting it was to see patients on the trip in 2013. 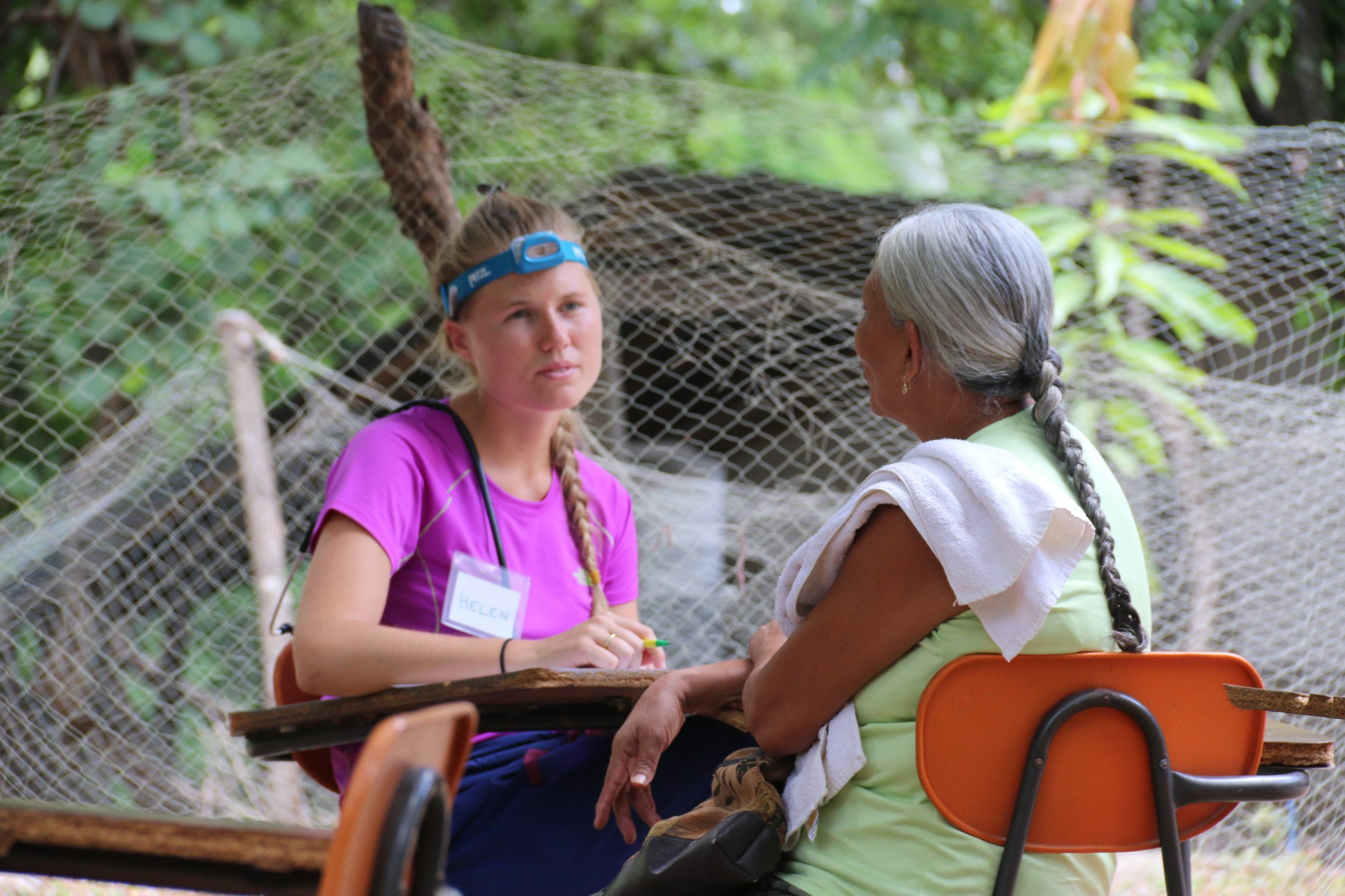 “This experience taught me that I like mentoring and teaching and that I might want to pursue them in my future career,” says Cronk. “It’s made residency even more exciting to think about because we’ll have the opportunity to mentor and teach medical students.”

Cronk was especially pleased with the dynamic that developed between this year’s HHA students and the attendings on the trip, including UNC Family Medicine physicians Narges Farahi, MD, Dana Neutze, MD, Kim Newton, MD, MPH, and Caroline Roberts, MD.

“After your first year of medical school, you have little snippets of interaction with attendings – HHA is an opportunity to have more targeted mentorship from attendings who are very mission-driven, kind, and enthusiastic, and who want to get to know you,” she says. “That makes a huge difference as a student – having someone who’s excited about teaching you in a very unique setting where you get to work with them for a long amount of time.”

For second-year medical student Helen Powell, learning from older peers gave her new perspective on how much she’s already learned and how much more there is for her to learn during the rest of her medical school education. 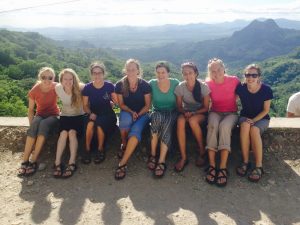 “It was clear how much experience they have,” says Powell. “During nightly debriefings, the younger students remarked on how experienced all the fourth-years were, even if they were only two years ahead of us. For me, that speaks volumes about how valuable the clerkship phase of medical education is and how important time seeing patients is in our development.”

Prior to the trip, Powell and the rest of the rising second-year students hadn’t had formal training in women’s health. On Wednesday nights, before going to Honduras, the group met for class lessons on prevalent women’s health issues in the country and how to handle them – for example, which antibiotics to prescribe for which sexually transmitted infections.

“The preparation was helpful, but there’s nothing like learning by doing,” says Powell. “The knowledge we have after the trip is so much greater than before we left, and it’s going to be so valuable for each of us moving forward as we experience clinical rotations.”

The clinical experiences were also valuable for the fourth-year students.

“On other medical missions I’ve been on, I did health screenings,” says Miller. “HHA provided the opportunity to perform pelvic screenings and services that will be useful to me if I decide to pursue emergency medicine, where you have to be comfortable with the procedure.”

For many of the students on the 2015 trip, the summer experience has shaped their future plans and how they think about medical education. Several insist they will make international health work part of their future careers.

“I know that I want to work with women, utilize my Spanish-speaking skills, and serve underserved populations,” says Cronk.

Powell would like to continue going overseas as well, but it’s too early for her, and most second-year students, to know what area of medicine they’d like to focus on.

“We have so much more to do here before we can make that decision,” says Powell. “But the trip, with the various levels of medical education represented, demonstrated the power of being part of this prestigious, professional culture. It reminds me how fortunate I am to be here.”

The UNC School of Medicine’s Office of International Activities provides oversight and financial support for the Honduran Health Alliance. For more information about the Office of International Activities, visit https://www.med.unc.edu/oia. For more information about the Honduran Health Alliance, visit https://www.med.unc.edu/hha.

By Zach Read and Hannah Crain