No one gets through medical school alone. Just before Match Day, members of this year’s class took some time to reflect on those who have helped push them along the way, and those whose examples they would like to emulate as they move on into residency.

No one gets through medical school alone. Just before Match Day, members of this year’s class took some time to reflect on those who have helped push them along the way, and those whose examples they would like to emulate as they move on into residency. Ben Crisp always knew that he wanted to be a physician. When asked about his journey into medicine, Crisp was quick to point out the role of family and mentors. He counts his mother, a Pediatric Dentist, and brother, an Oral Surgery resident, as significant sources of inspiration. As an undergraduate at Duke, Crisp connected with and began shadowing Dr. Cedric Bright, who was a staff physician at the Durham VA Medical Center.

Soon after, Bright joined the faculty at the UNC School of Medicine. He was influential in Crisp participating in the MED program and later deciding to come to UNC for medical school.

“I knew if I came to UNC, there would always be someone looking out for me,” Crisp said.

Crisp matched into general surgery at Akron General Medical Center. He said he’s always wanted to be a surgeon, and his experiences as a medical student in the OR cemented his chosen path.

In addition to the technical skills he has learned and will enhance as a resident, Crisp said he has benefitted from watching UNC physicians and residents interact with patients.

“It’s so important to form a bond with patients and make sure they feel comfortable,” Crisp said. “I want to be the type of doctor who can really put my patients at ease.”

As he gets closer to fulfilling his lifelong dream of becoming a doctor, Crisp knows the work is far from over.

“I know I’m in for a lifelong learning process. Residency will be a lot more demanding than medical school. I feel like I’m prepared, but no matter what it will be a trial by fire.” 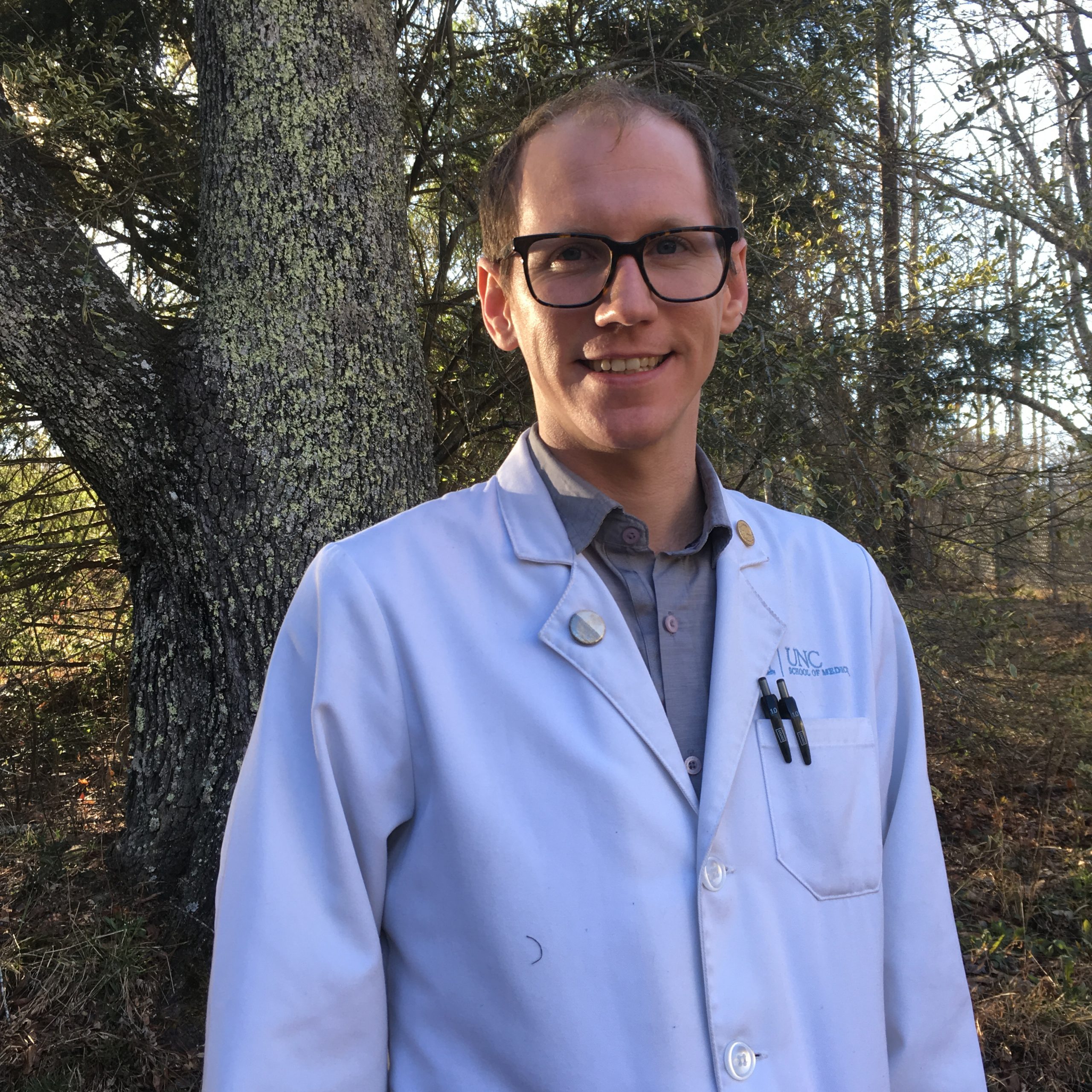 Hallum Dickens is from the small town of White Level, NC, around 40 miles northeast of Raleigh. Following his residency training at the Mountain Area Health Education Center, he plans to serve as a family physician in a rural community. While at the UNC School of Medicine, the Kenan Rural Health Scholar had a number of experiences that helped shape his desire to care for the underserved.

“It was my sense of social justice that drove me to medicine,” Dickens said. “I’ve always just felt like I would go where I was most needed.”

His experiences outside of Chapel Hill – in Asheville, Hendersonville, and even South America – have helped expose him to the wide range of patient needs and the physician’s capacity to serve outside of the confines of clinical care.

He recalls one patient he met in Hendersonville. She had recently emigrated from Mexico with her young daughter. In a new community, without much social support, the patient began experiencing health problems and was eventually diagnosed with thyroid cancer. Dickens was able to work with the patient to connect her with a local Latin community center for social support, and with the charity care program at Mission Hospital.

Dickens has benefitted from his time as a Kenan Rural Scholar, crediting the community of support he has found in both Chapel Hill and Western NC.

“Of course, Dr. Bashford is the brains behind this whole operation in Chapel Hill,” Dickens said. “And I’ve also benefitted greatly from spending time with Dr. Ben Gilmer, and Dr. Eric Byrd, and everyone who has given of themselves to help me get to this point.” 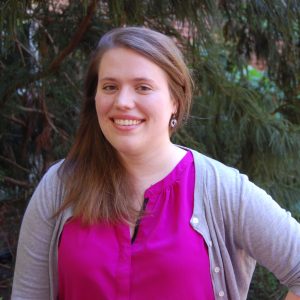 Caitlin Burk is excited to share the Match Day experience with her parents, who are both also physicians. But she’s just as excited about the weekend plans that will follow the Match.

“I bought tickets to Hamilton in June of last year, and my mother and I are flying up to New York to see it on Saturday,” Burk said. “So, these are two days I’ve been looking forward to for a long time.”

As she looks past those Hamilton tickets, towards residency at the University of Pittsburgh Medical Center, Burk says her experiences at UNC have prepared her well for her future as a pediatrician.

“One of the reasons that I chose to come to UNC for medical school is because of the emphasis placed on both research and service,” Burk said. “And during my time, I’ve worked at SHAC, I was the lab coordinator at Bloomer Hill, and I’ve had great research experiences.”

Burk has worked closely with Wesley Burks, MD, on food allergy research. She first began working with his lab while in high school and continued to do so through college and now medical school.

“I think the best mentors are able to trust you enough to give you the opportunity to figure things out on your own, while also being available for you when questions do come up,” Burk said.

Burk said she hopes to pursue research opportunities during residency, and knows the experience in the lab will make her a better clinician.

“Research has shown me the importance of asking simple, probing questions,” Burk said. “I hope that will help me find the best solutions for patients.” 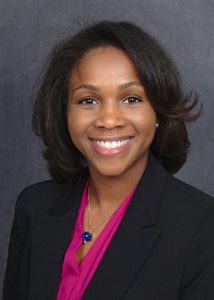 Courtney Lee will complete her residency at Mount Sinai in New York City. As she prepares for the next step in her training, she’s reflecting on the lessons learned from the UNC Hospitals residents who have played a key role in her medical education.

“I have been thinking a lot about what I’ll need to do to take care of myself throughout residency, to be happy and to be the best doctor I can be,” Lee said. “I’ve taken note of the residents who were successful carving out time for themselves, for their families, or for exercise, to manage the demands of residency.”

She’s also thinking about their teaching styles and how she’ll manage when she’s on the other side of that relationship.

She knows she’s prepared for the next step, though. She’s learned the skills and science. She’s complemented her MD training with an MPH from the UNC Gillings School of Global Public Health. She’s also been a leader within the Whitehead Medical Society.

“I’ve learned a lot about myself and what I can handle in terms of extra responsibilities. I’ve learned to be creative and how to communicate clearly with peers and faculty members,” Lee said. “I know that will serve me well in residency and later in my career, leading a care team.”

On Match Day, she’s excited to share the moment with her parents, who she says have been “instrumental” to her success in medical school. She also looks forward to celebrating with the faculty members who have always kept their doors open to her and her classmates, who have always offered support.

“Although many of us will be going off to different residency programs, I know if something happens, I can just text them and they’ll always be there to help me out.” Paul McIntosh has a unique relationship with his classmates. In his second year of medical school, he gave a presentation to his class on Pompe Disease, a rare neuromuscular condition affecting around 1 in 40,000 people worldwide, including Paul. He was nervous to make the announcement, but says he was overwhelmed by support from his UNC SOM family.

“The response I received, and the support from my classmates continues to motivate me,” McIntosh said. “There are people in this class who I will call my friends forever.”

After the first two years of classroom heavy training, members of the class disperse for their clinical rotations, across UNC Medical Center, North Carolina, and beyond. So, Match Day, McIntosh said, is a reunion, and he’s excited to share the moment with those who helped him along the way.

McIntosh will go into neurology at Duke University Medical Center. He eventually plans to focus on neuromuscular neurology, helping patients with conditions similar to his own. He has intensely personal reasons for the path he’s choosing, but credits the UNC School of Medicine for offering him a well-rounded training experience. He said his favorite rotation as a third year student was internal medicine, and he still vividly remembers several patient interactions that made a great impact on him early in his clinical training.

There have been patients who have asked me to pray with them. I’ve had patients tell me they would pray for me, which, with the stresses of medical school, was appreciated,” McIntosh said.

McIntosh says the whole of his UNC School of Medicine experience has prepared him for success.

“Medical school was a big transition for me academically, but also as I continued to mature and come to terms with my disease. Going into my intern year is another big step, but I have a solid foundation. I’ve learned a lot of great lessons that I’ll carry forward.”