UNC School of Medicine
Skip to main content
UNC Health and UNC School of Medicine
Newsroom
The UNC Health logo falls under strict regulation. We ask that you please do not attempt to download, save, or otherwise use the logo without written consent from the UNC Health administration. Please contact our media team if you have any questions.
Home / News / Scientists Take a Big Step toward Building a Better Opioid

In a paper published in Cell, UNC School of Medicine researchers led by Bryan Roth, MD, PhD, show how to activate only one kind of brain receptor vital for pain relief. This receptor is not involved in addiction or respiratory depression that leads to death – the most severe side effects of opioid use.

In a paper published in Cell, UNC School of Medicine researchers led by Bryan Roth, MD, PhD, show how to activate only one kind of brain receptor vital for pain relief. This receptor is not involved in addiction or respiratory depression that leads to death – the most severe side effects of opioid use.

CHAPEL HILL, NC – For the first time, scientists at the University of North Carolina School of Medicine and collaborators solved the crystal structure of the activated kappa opioid receptor bound to a morphine derivative. They then created a new drug-like compound that activates only that receptor, a key step in the development of better pain medications.

The research, published in the journal Cell, shows a route toward creating opioids that relieve pain without causing the severe side effects at the heart of the opioid epidemic.

Currently, most opioids bind to several opioid receptors on the surface of cells, and this is one of the main reasons why opioids relieve severe pain but also trigger a wide range of side effects from nausea, numbness, and constipation to anxiety, severe dependency, hallucinations, and even death caused by respiratory depression.

“To create better opioids, we need to know the structure of their receptors,” said senior author Bryan Roth, MD, PhD, the Michael Hooker Distinguished Professor of Protein Therapeutics and Translational Proteomics in the Department of Pharmacology at UNC-Chapel Hill. “Until recently, this was impossible. But now we know the structure of the activated kappa opioid receptor. And we showed we can actually use the structure to make a drug-like compound with better properties than current opioids.”

The work was done in cell cultures in Roth’s lab, and in the future researchers will test this and related compounds in animal models. Also, using the detailed structure of the kappa opioid receptor (KOR), Roth’s lab and other scientists could develop other drug-like compounds highly selective for specific opioid receptors now that the structure is available. 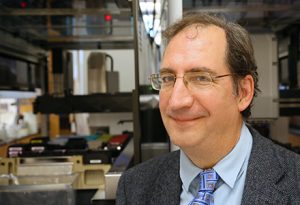 “Tens of thousands people who take opioids die every year, and so we need safer and more effective drugs for treating pain and related conditions,” Roth said. “One of the big ideas is to target KORs because the few drugs that bind to it don’t lead to addiction or cause death due to overdose. Those side effects are mainly related to actions at the mu opioid receptor.”

Drugs that do hit KORs can have other side effects, such as hallucinations and dysphoria – a general state of unease or dissatisfaction with life related to anxiety and depression. This is why scientists need to know how this receptor is activated – to figure out the best way to bind a compound to KORs to only relieve pain.

Two postdoctoral fellows in Roth’s lab led the work – first author Tao Che, PhD, and corresponding author Daniel Wacker, PhD, who collaborated with several other scientists at UNC and around the world. 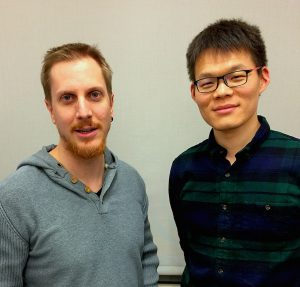 Receptors are proteins on the surface of cells. About 40 percent of drugs currently on the market target G-protein coupled receptors, or GPCRs, such as KORs. Typically, scientists have solved the chemical structure of proteins using a technique called x-ray crystallography. They first figure out the best way to force the protein to condense into a tightly packed crystal lattice, then shoot x-rays at the crystal, and finally calculate the protein’s structure based on how the x-ray beams change direction. But it’s very difficult to do this with opioid receptors because they are so small and delicate, and they do not sit still when bound to a ligand, or drug-like compound. And the exact moment a scientist would want to see the structure of the activated receptor is when it is bound to a compound that will then cause a biological effect, like a key opening a door.

To overcome this difficulty, Wacker, Che, and colleagues used Lipidic Cubic Phase crystallization – suspending KOR molecules in specially designed water-lipid mixtures and then slowly removing the water. Then, in order to be sure the receptors were sitting perfectly still, the researchers employed a variety of experimental tricks, including the use of a tiny antibody to “prop up” the receptor in its active state bound to a ligand – a derivative of morphine created by Sush Majumder, PhD, at Memorial Sloan Kettering Cancer Center. Che figured out this derivative called MP1104 would work after he screened dozens of similar candidates from the same class of drugs.

Once they had the crystal structure in hand, Che, Wacker and colleagues could see which parts of the receptor were important for binding to drug-like compounds. Collaborators at the University of Southern California led by Vsevolod Katritch, PhD, used computer models of ligands to see which parts they could chemically modify to make the ligands more likely to bind tightly to KORs but not to other receptors. With those modifications made, they synthesized a new compound and showed in lab tests that it is extremely selective for KORs.

“Now we have a much better understanding of the direction we have to explore in order to create a selective drug to activate only kappa opioid receptors,” Wacker said.

Che added, “It’s now possible to design new drugs based on the findings on this active KOR structure and tweak them to only have the desired pain relief effects.”

The National Institutes of Health, The Mayday Fund, and the Peter F. McManus Trust funded this research.

Collaborators included other scientists from the UNC School of Medicine, RTI International, the University of Southern California, Virginia Commonwealth University, Arizona State University, the Institute of Natural Resources and Environmental Audits in China, and Vrije Universiteit Brussels in Belgium.