UNC School of Medicine
Skip to main content
UNC Health and UNC School of Medicine
Newsroom
The UNC Health logo falls under strict regulation. We ask that you please do not attempt to download, save, or otherwise use the logo without written consent from the UNC Health administration. Please contact our media team if you have any questions.
Home / Migrated / How Does Plant DNA Avoid the Ravages of UV Radiation?

CHAPEL HILL, NC – If the ultraviolet radiation from the sun damages human DNA to cause health problems, does UV radiation also damage plant DNA? The answer is yes, but because plants can’t come in from the sun or slather on sunblock, they have a super robust DNA repair kit. Today, the UNC School of Medicine lab of 2015 Nobel laureate Aziz Sancar, MD, PhD, has published an exquisite study of this powerful DNA repair system in plants, which closely resembles a repair system found in humans and other animals.

The study, published in Nature Communications, is the first repair map of an entire multicellular organism. It revealed that the “nucleotide excision repair” system works much more efficiently in the active genes of plants as compared to humans. And this efficiency depends on the day/night cycle.

“These findings advance our understanding of DNA repair mechanisms common among all organisms and may also have practical applications,” said co-corresponding author Ogun Adebali, PhD, a postdoctoral researcher in the Sancar lab.

First author Onur Oztas, PhD, a postdoctoral researcher in the Sancar lab, said, “DNA damage accumulating in a plant will impair its growth and development, so boosting the excision repair system could be a good strategy for improving crop yields.” 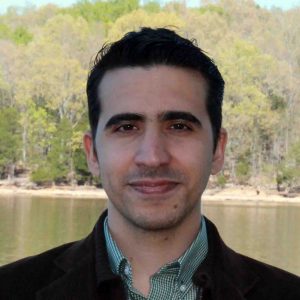 Sancar, the Sarah Graham Kenan Professor of Biochemistry and Biophysics, was awarded the 2015 Nobel Prize in Chemistry for his studies of excision repair, which is now widely viewed as the major mechanism of DNA repair – including repair of UV damage – in living organisms. Most prior studies of this repair system have been in mammalian and bacterial cells; much less is known about how the system works in plants. However, plants must have efficient systems for DNA repair, since they cannot easily avoid sunlight and of course need it for their growth.

For the study, Oztas and colleagues used an excision-repair mapping technique they recently developed, known as XR-seq. The technique enables them to detect and sequence the short lengths of damaged DNA that are cut from chromosomes during the excision repair process. The sequences of these DNA snippets can be matched to corresponding stretches of DNA on a reference genome, in order to map precisely the spots where DNA-damage is under repair.

The UNC researchers performed XR-seq scans on cells from UV-exposed plants – Arabidopsis thaliana, the “lab rat” of plant research also known as thale cress or mouse-ear cress. The resulting repair maps revealed that excision repair in Arabidopsis works faster on genes that are active. Genes when active are transcribed into strands of RNA that may then be translated into proteins, the main machinery of cells. Prior studies from the Sancar lab showed that excision repair works more efficiently for actively transcribed genes in animals and bacteria. The phenomenon, called transcription-coupled repair, is thought to have evolved as a way to direct DNA repair where it is most acutely needed. 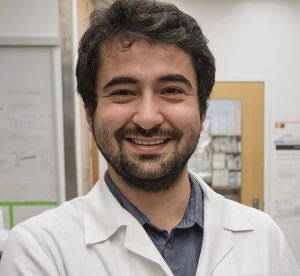 “Here we found that the jump in efficiency for transcription-coupled repair is even more pronounced in plants than it is in animals or bacteria,” Oztas said.

Sancar’s lab performed XR-seq on UV-exposed Arabidopsis over 24-hour periods to discover that the efficiency of transcription-coupled repair also varies according to the “circadian” day/night cycle for 10 to 30 percent of Arabidopsis’s genes. This reflects the normal daily variations of transcription activity in these genes.

“The results show that excision repair in plants is regulated in much the same way it is in other organisms – in order to maximize efficiency,” Oztas said.

The Sancar lab plans to follow up with studies aimed at solving two lingering mysteries about excision repair in plants. One is that knocking out the excision repair system leads to an increase in plant genome mutations even when the plant is kept in the dark, away from UV or other forms of light.

UNC research instructor Christopher Selby, PhD, was also an author on the paper.