What’s the measurement of a successful career in medicine? Is it the amount of recognition received, the number of advancements made, the positions held, or the number of lives touched? As Harold Pillsbury, MD, FACS, prepares to step down from chair of the department of otolaryngology / head and neck surgery, his accomplishments during his 36 years at UNC stack up high in all categories.

Dr. Pillsbury has made innovations. He has offered new procedures. He has been recognized by the community and his peers with numerous honors. But most importantly, he’s created lasting relationships with patients who continue to sing his praises decades later. One patient’s story in particular stands out as an example of Pillsbury’s positive effect in the lives of North Carolinians.

In September of 1983 Rick Barney was 29 years old and in the best shape of his life. As he puts it, “I was running faster, lifting more and feeling better than I ever had.” He was enjoying his career as an officer with the North Carolina Alcohol Law Enforcement branch of the State Bureau of Investigation, and he was loving spending time with his young family. When he developed a sore throat, he didn’t think much of it. The ache persisted, so he went to see a physician at a local hospital. That’s when his life came to a sudden halt. 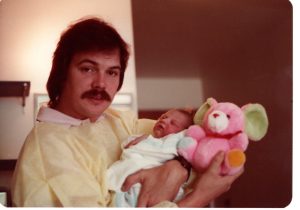 Barney was diagnosed with terminal throat cancer and given six months to live.

“I was so young. I had two babies and my wonderful wife. I couldn’t think about leaving them behind. I couldn’t believe it,” Barney said.

Barney was told the tumor at the base of his tongue was too large to remove. Still, he was referred to Dr. Harold Pillsbury, who at the time was a new associate professor at the UNC School of Medicine in Chapel Hill. Pillsbury, who had been a resident at UNC before joining Yale as an assistant professor for five years, returned to UNC in 1982 with the ability to perform a revolutionary procedure. 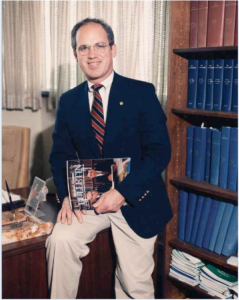 Barney made the three-hour drive to Chapel Hill to see Pillsbury on a Friday.

“I was in a good position with Rick when I first saw him because I got to tell him he had a chance,” Pillsbury said. “I told him he had nothing to lose by doing the surgery, but I also told him he could recover.”

Barney had a follow-up visit the following Monday and went into surgery Tuesday. He says Pillsbury’s encouragement in those few days before the procedure completely changed his outlook.

“Dr. Pillsbury told me that if I survived the 14-hour surgery, I would be OK,” Barney recalled. “He said we were going for the gold and we were going to fix it.”

Barney survived. All of the cancer was removed, along with a third of his tongue, half of his jaw and all of his wisdom teeth. He also had all of the muscles on one side of his neck removed and replaced with pectoral muscle. Barney spent two weeks in the hospital, where he was monitored and examined by multiple physicians from other institutions learning about the procedure. 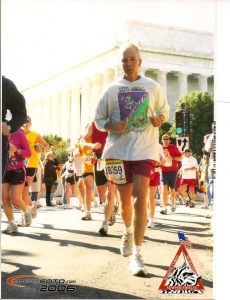 “These days that technique—including using the pectoralis major flap for reconstruction—is commonly done. But back then we were doing something innovative,” Pillsbury said. “New techniques save lives and that’s what we do here at UNC. That’s why people get referred to us.”

Barney’s procedure was followed by radiation. Because of the amount of reconstruction work he underwent, his jaw was wired shut for nearly two months after the surgery, causing him to drop 75 pounds. His once intimidating 211-pound frame shrank down to 135 pounds. Despite that, he was back to work three months after his hospitalization.

Barney went on to recover fully, except for a slight speech impediment due to the amount of muscle that was taken from his neck and mouth. He started diving deeper into work, even going undercover while working with the FBI on a sting operation involving the infamous Hell’s Angels. He also ran four marathons, continues to teach martial arts and other physical fitness courses, and is the chief of the Bridgeton Police Department near the small city of New Bern. 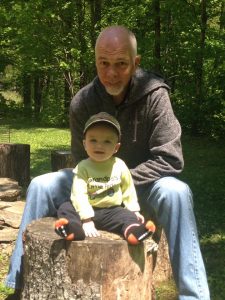 But the best part, says the now 64-year-old, “is being with my family. I have a beautiful wife, two children that have grown up to become great people, and two adorable grandchildren. If I had not gone to see Dr. Pillsbury all that time ago, I wouldn’t be here today.”

In the 35 years following his cancer scare, Barney says Pillsbury has been with him every step of the way. Barney makes the drive to Chapel Hill to see Pillsbury about every six months, whether there’s a medical reason or not.

“I’ve got Dr. Pillsbury’s cell phone number and I’ve been able to call him for anything over the years,” Barney said. “He’s helped me through other medical procedures, calmed my nerves when I needed it, and even helped out my family and friends.”

Pillsbury said, “I’ve done a lot through his extended relationships to bring health care to his family, friends and neighbors. I do that for a lot of my patients because that’s what I think physicians should do.” 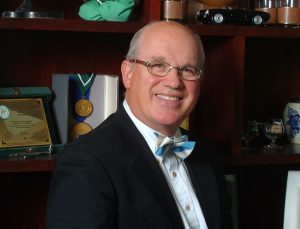 Pillsbury is planning to retire in three years and will work part-time until then, spending two days a week in the clinic and one day operating. Barney has made it clear that retirement won’t be the end of his relationship with the doctor he also calls a friend.

“I joke about what I’ll do when he stops working,” Barney said. “I tell him that I know where he lives and I’ve got his number. He just better have an office in his garage so he can still see me.”

Pillsbury has been the chair of the department of otolaryngology/head and neck surgery since 2001. He will step down from the position at the end of June. He is the Thomas J. Dark Distinguished Professor of otolaryngology/head and neck surgery and executive director of the W. Paul Biggers Carolina Children’s Communicative Disorders Program (CCCDP).