UNC School of Medicine
Skip to main content
UNC Health and UNC School of Medicine
Newsroom
The UNC Health logo falls under strict regulation. We ask that you please do not attempt to download, save, or otherwise use the logo without written consent from the UNC Health administration. Please contact our media team if you have any questions.
Home / Announcements / Scientists discover new gene expression mechanism with possible role in human disease

UNC School of Medicine researchers, led by Brian Strahl, PhD, found surprising role for a protein called Spt6, which is crucial to the maintenance of proper messenger RNA levels in cells, a discovery that opens new research avenues and suggests a target for basic understanding, diagnosis, and treatment of human diseases.

CHAPEL HILL, NC – When cells grow and divide to ensure a biological function – such as a properly working organ – DNA must be unwound from its typical tightly packed form and copied into RNA to create proteins. When this process goes awry – if too little or too much RNA is produced – then the result could be diseases such as cancers. UNC School of Medicine researchers have discovered that a protein called Spt6, previously known to have a key role in making RNA and repackaging DNA after RNA copying, also facilitates RNA degradation so that cells have just the right amount of RNA for the creation of proteins.

The discovery, published in Molecular Cell, represents a revolutionary new understanding of gene expression control and suggests a potential target for treating cancers and other diseases.

“By revealing and understanding this mechanism, we can start to think about targeting parts of it therapeutically in diseases in which Spt6 isn’t working properly,” said study senior author Brian D. Strahl, PhD, the Oliver Smithies Investigator, Professor, and Vice Chair in the Department of Biochemistry & Biophysics at UNC-Chapel Hill.

Every human cell carries a large amount of DNA – called the genome – composed of roughly 3.5 billion letters that assemble into the genetic code. Researchers have been studying how large genomes fit into the tiny confines of cells. We know that proteins called histones carefully organize and package DNA in cells. Much like wrapping yarn around its spool, the DNA wraps around the histones to be condensed into a smaller space. Although histones help to keep DNA packaged, this packaging creates a barrier to “reading” the genetic information housed within DNA. The DNA needs to be “opened” much like a book needs to be opened for the pages to be read – except that “opening DNA” is a little complicated.

Accessing DNA information is a highly controlled process that involves temporarily removing the histones so the genetic code can be copied into RNA and the RNA can then be used to create proteins. Normally, cells destroy the copied RNA “messages” once they are no longer needed. Diseases such as cancer may arise when the ability of cells to either produce or destroy the messages goes awry.

When a gene is copied into a strand of RNA, the DNA in and around the gene must be loosened from its normal tightly wound configuration. Scientists have known that Spt6 has the crucial job of helping DNA become tightly re-wound when the copying process is completed. But that’s not its only function.

“Spt6 seems to be a bit like a Swiss Army Knife,” said Strahl, a member of the UNC Lineberger Comprehensive Cancer Center. “Spt6 has many functions, from helping the cell create messenger RNAs, to putting histones back onto the DNA after they were removed. Our study now shows that Spt6 also helps control how much of the messenger RNA remains after it’s copied from DNA.”

The first thing Strahl’s lab investigated was how Spt6 binds to RNA Polymerase II, which is the enzyme machine that copies DNA into RNA. The function of this Spt6-Polymerase II interaction has been unclear. So the Strahl lab wanted to determine whether a non-binding version of Spt6 still performed its DNA-histone rewrapping function.

“To our surprise, we found that Spt6 was still able to get to genes, although at sub-optimal levels,” Strahl said. “But Spt6 still did its job of adding back histones.”

Although Spt6 still functioned, the researchers witnessed a big problem: the RNA amounts were extremely high, and these high RNA amounts did not occur because there was more copying with the defective form of Spt6. 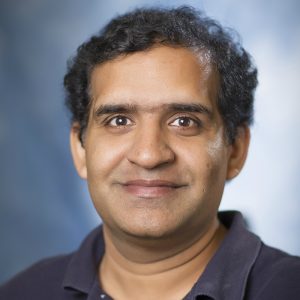 “It dawned on us that there is more to Spt6 function than just re-wrapping the DNA around histones and facilitating RNA Polymerase copying of DNA,” said first author Raghuvar Dronamraju, PhD, research assistant professor in Strahl’s lab.

The researchers measured the amounts of all the RNAs in cells that had the mutant form of Spt6 and found abnormal amounts of many RNAs. This suggested there was a loss of the usual control mechanism that maintained just the right amount of each RNA.

It wasn’t clear at first how the disruption of Spt6’s binding to the polymerase caused RNA misregulation, but further experiments revealed a completely unexpected mechanism.

Normally, RNAs in the process of being made are exposed to enzymes that protect or degrade them so that the cumulative actions of these enzymes create a precise amount of RNA that a cell needs for protein synthesis. The UNC scientists found that the form of Spt6 that could not bind to RNA Polymerase II disrupted this balance between RNA protection and RNA degradation, specifically the degradation side. They found that many RNAs survived in cells longer than they normally would have, allowing the RNA levels to rise to abnormal levels.

Strahl’s team went further and connected the dots to show that Spt6 interacted with one of the cell’s major RNA degradation machineries – a protein complex called Ccr4-Not. Strahl’s team showed that Spt6 used its interaction with RNA Polymerase II to recruit Ccr4-Not during gene expression to ensure the proper balance of enzymes that protect and degrade RNA.

Moreover, the researchers discovered that mutant Spt6 did not affect the levels of all RNAs. A large number of affected RNAs encode proteins that control cell division. Ordinarily, RNAs that contribute to cell division are rapidly degraded as cells pass from one part of the cell division cycle to another. But the abnormal failure to remove these RNAs in the mutant Spt6 cells caused the cells to develop profound growth and cell division defects.

The study by the Strahl lab thus revealed a previously unknown, fundamental mechanism of RNA degradation, and the results suggest that defects in the RNA degradation function of Spt6 may underlie some diseases, particularly cancers, which feature uncontrolled cell division.

“Given Spt6 in humans is sometimes found mutated or misregulated in cancers, it will be important to examine this RNA control mechanism further to determine whether its failure contributes to cancer,” Strahl said. His team will turn to researching this with the hope that future studies could identify new therapeutic targets to treat human disease.

The researchers still have many questions about Spt6’s involvement in regulating RNAs. But already it’s apparent that Spt6’s influence on RNA stability represents “a new twist in transcription,” as Strahl calls it.

This research was performed with baker’s yeast, a classic basic science organism that researchers use to investigate the intricate details of how cells perform and control many biological functions. Importantly, the yeast studies can be extended to human cells because the same proteins occur in yeast and humans.

The National Institutes of Health and the Corn-Hammond Fund for Pediatric Oncology funded this research.