UNC School of Medicine
Skip to main content
UNC Health and UNC School of Medicine
Newsroom
The UNC Health logo falls under strict regulation. We ask that you please do not attempt to download, save, or otherwise use the logo without written consent from the UNC Health administration. Please contact our media team if you have any questions.
Home / Migrated / Investigational Treatment for Postpartum Depression Consistently Reduced Symptoms Across Three Trials, Supporting Submission for FDA Approval 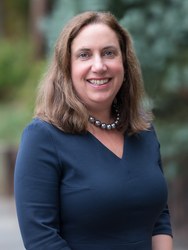 CHAPEL HILL, NC – UNC researchers say the results from the multi-site phase 2 and 3 trials of brexanolone injection are not only promising, but could change the way postpartum depression (PPD) is treated.

Brexanolone injection works differently than existing anti-depressant medications, and if approved by the U.S. Food and Drug Administration (FDA) later this year, will be the first new class of anti-depressants in decades, and the first drug specifically indicated for PPD.

“With current anti-depressant SSRIs (selective serotonin reuptake inhibitors) it could take four to six weeks to get a treatment response. In the brexanolone trials, we saw patients starting to feel better within days,” said the trial’s academic principal investigator, Samantha Meltzer-Brody, MD, MPH, director of Perinatal Psychiatry Program at the UNC School of Medicine.

David Rubinow, MD, chair of the Department of Psychiatry at the UNC School of Medicine and a coauthor of the paper, says time is especially crucial for new mothers experiencing postpartum depression because the weeks and months following birth are a critical period for mother-infant bonding. Common symptoms of PPD – a mood disorder in women that can be triggered by fluctuations in reproductive hormones – include low mood, feeling overwhelmed, anxious and ruminating thoughts, potential withdrawal from the baby and her family, and suicidal thoughts in the most severe cases. PPD is one of the most common complications of pregnancy, with between 10 and 20 percent of mothers worldwide experiencing it.

“Having a drug developed specifically for postpartum depression is a game-changer for women’s health,” said Meltzer-Brody. “With our latest results, we believe that brexanolone, if approved, could provide relief for women with a range of postpartum severity.”

The paper, published in The Lancet, includes a new integrated analysis of results from three double-blind, placebo-controlled trials that took place at 30 sites in the U.S., including UNC’s Perinatal Psychiatry Unit. Eligible women were aged 18-45 years old and were six months postpartum or less at screening. They also had to be experiencing moderate to severe postpartum depression, which was assessed by the Hamilton Depression Rating Scale (HAM-D).

“This is a very different model for how we treat depression. Having a drug approved to treat PPD that works quickly and effectively, yet is also durable, would be a huge step forward for psychiatry in general,” Meltzer-Brody said.

Brexanolone injection is an allosteric modulator of both synaptic and extra-synaptic GABAᴀ receptors. In postpartum depression, the GABA pathway may play a key role in regulating hormones that researchers believe can lead to PPD.

Sage Therapeutics is the developer of brexanolone injection and sponsor of the trials. A New Drug Application is currently under review by the FDA and brexanolone injection has been granted Breakthrough Therapy Designation. The FDA has assigned a Prescription Drug User Fee Act target date of December 19, 2018.