Juan Song, PhD, assistant professor of pharmacology, and Shawn Hingtgen, PhD, were two of four professors from UNC-Chapel Hill to be awarded the Phillip and Ruth Hettleman Prize for Artistic and Scholarly Achievement by Young Faculty this fall.

Juan Song, PhD, assistant professor of pharmacology, and Shawn Hingtgen, PhD, were two of four professors from UNC-Chapel Hill to be awarded the Phillip and Ruth Hettleman Prize for Artistic and Scholarly Achievement by Young Faculty this fall.

Four highly promising UNC-Chapel Hill faculty members in diverse fields have been awarded the Phillip and Ruth Hettleman Prizes for Artistic and Scholarly Achievement by Young Faculty. This year’s prizes were announced at the Oct. 12 Faculty Council meeting. Juan Song, PhD, assistant professor of pharmacology and member of the UNC Neuroscience Center, was one of the recipients, as was Shawn Hingtgen, PhD, associate professor in the UNC Eshelman School of Pharmacy with a joint appointment in the department of neurosurgery in the UNC School of Medicine. He is also a member of the UNC Lineberger Comprehensive Cancer Center.

Song, who came to Carolina in fall 2013, leads a research team trying to understand how the healthy adult brain regenerates and to apply basic learned principles to the degenerated or injured brain to promote regeneration upon neuronal loss.

The birth of new neurons, a process called neurogenesis, is important for normal learning and memory, stress response and mood regulation. By understanding how neuronal circuitry and signaling mechanisms regulate the birth of new neurons in the adult hippocampus – an area of the brain critical to memory formation – Song’s team hopes to create therapeutic interventions for brain injuries, degenerative diseases and mood disorders by targeting these adult-born neurons.

At Carolina, Song has developed a reputation both as “an innovative and fearless investigator” and a “model of friendship and collegiality” whose work blends exceptional experimental skills with originality and creativity, said Henrik G. Dohlman, chair of the pharmacology department at the UNC School of Medicine.

When Song was a postdoctoral fellow at Johns Hopkins University, she studied how neural stem cells create new neurons and how these new neurons contribute to specific brain functions. Building on these findings, Song and her team at Carolina have published 13 research articles in some of the most prestigious scientific journals. In 2017, Cell Stem Cell journal published a Song lab paper later selected as one of the journal’s best eight articles of the year.

“I have worked with some high-achieving individuals over the years, including several Nobel laureates and National Academy members,” Dohlman said. “Even in this distinguished comparison group, I consider Dr. Song to be one of the most ambitious.”

Hingtgen, who came to Carolina in 2012, harnesses the potential of stem cells to develop new and better methods for treating terminal cancer. 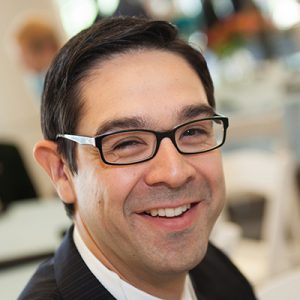 Michael Jay, chair of the pharmacy school’s Division of Pharmacoengineering and Molecular Pharmaceutics Division, described Hingtgen as an “energetic and open collaborator” who has an innate ability to ask his research questions from different perspectives and apply tools and techniques from various disciplines to produce groundbreaking results.

The key to Hingtgen’s treatment is “skin flipping,” a technology for creating neural stem cells from skin cells. That technology won a Nobel Prize in 2012. The first step is to harvest fibroblasts — skin cells responsible for producing collagen and connective tissue — from the patient and then reprogram those cells to become what are called induced neural stem cells. Working closely with an interdisciplinary team of researchers and clinicians, Hingtgen showed how these neural stem cells can hunt down and deliver cancer-killing drugs to glioblastoma, the deadliest malignant brain tumor in adults, in initial preclinical studies published in Science Translational Medicine in 2017.

“His work has changed the field and is the basis of work in many cutting-edge laboratories around the world,” Jay said.

In 2015, Falcon Therapeutics was founded to advance the discovery generated in Hingtgen’s lab toward the clinic to redefine the care for patients with glioblastoma and other cancers that are currently incurable.

Hingtgen earned his doctorate at the University of Iowa and completed a postdoctoral fellowship at the Massachusetts General Hospital/Harvard Medical School.

Read more about the other Hettleman winners from the UNC College of Arts and Sciences and the UNC Eshelman School of Pharmacy here.