UNC School of Medicine
Skip to main content
UNC Health and UNC School of Medicine
Newsroom
The UNC Health logo falls under strict regulation. We ask that you please do not attempt to download, save, or otherwise use the logo without written consent from the UNC Health administration. Please contact our media team if you have any questions.
Home / Announcements / Match Day: The Road Ahead

Match Day helps formalize who you already are. Whether you’ve considered yourself a future pediatrician since grade school or you didn’t hear the calling to surgery until a third-year rotation, opening the blue envelope puts everyone in the same place. No matter the road, here you are.

Match Day is not the destination for a career in medicine. But it is a key weigh station. A time to reflect, to look forward to residency and beyond, and to celebrate.

Several students in the UNC School of Medicine’s Class of 2019 took time to explain the roads they have taken to the Match and what they see for their careers moving forward. 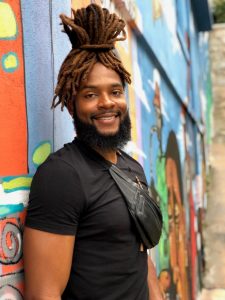 Coming into medical school, Anthony McClenny figured he’d end up in pediatrics. He says he tried to fight it, going through his clinical rotations, waiting for another specialty to really click. None never did.

Now, McClenny, who matched into pediatrics at Children’s National Medical Center in Washington, DC, will start his career in the specialty that he says will allow his impact to stretch the furthest.

“I have been thinking a lot about what it means to care for a patient at the beginning of their life,” McClenny said. “I can’t think of a better investment of my time as a physician than helping a young patient go on to live a healthy, productive life.”

McClenny, who taught high school science in Charlotte before coming to medical school, is quick to praise the mentors who have helped guide him. He credits Drs. Kenya McNeal-Trice, Cedric Bright, Tyrone Bristol, and Cindy Feldner with setting an example for the career he wants to build for himself.

“The culture of pediatrics is so giving. Pediatricians give to no end,” McClenny said. “When I think about the mentors I’ve had, I see people who can connect with anyone, who can have a little fun, and who can pin a diagnosis. That’s the type of doctor I want to be.”

Ammu Vijay wasn’t sure where she’d end up. She was set on family medicine. Then OB-GYN. It was a rotation during her third year of medical school when she finally settled on General Surgery. 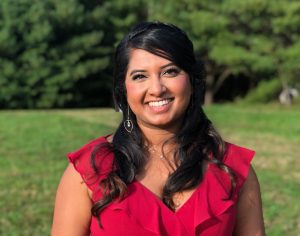 Now, she’s matched at the Ohio State Medical Center, where she’ll begin her residency in the summer.

During that transformative rotation, Vijay saw the ways surgeons provided care for patients throughout their hospitalizations.

“I really saw how surgical care was all encompassing,” Vijay said. “You have the opportunity to take care of a patient throughout their hospitalization, full case management, every aspect of medicine.” Ned Hardison is ready to Match. But, he’s self-aware enough to know you’re never fully ready for what comes after.

“Day one of intern year will determine if I’m fully prepared,” Hardison said. That day will come at Vanderbilt University Medical Center, where Hardison matched into med-peds.

Hardison credits UNC School of Medicine’s TEC Curriculum with helping him arrive at his chosen specialty. Longer clinical rotations helped him get a sense for what he really enjoyed, what he could see himself doing for the rest of his career.

“I realized that I liked working with kids, specifically kids with chronic conditions. I liked the opportunity to work closely with them and lead them into adulthood,” Hardison said. “It sounds good now, but that’s months and months of thought distilled into a few sentences.”

Luisa Maria Paredes, who was born and raised in the Dominican Republic before coming to the United States and graduating from high school in Brooklyn, New York, always knew she wanted to care for the underserved. And she knew she wanted to do so in an urban environment. As a part of the UNC School of Medicine’s Kenan Urban Scholars program, Paredes spent a summer rotating in Charlotte and decided to stay for her entire third year.

“The Kenan program allowed me a lot of exposure to the city and to the resources available here,” Paredes said. “During my third year I was really well prepared to make certain that patients had the ability to access those resources.”

Paredes, who matched in internal medicine at Brigham and Women’s, said the complexities of providing care in an urban setting are what drew her.

“There are a host of social issues – homelessness, drug addiction, teenage pregnancy, lack of transportation, living in a food desert – in addition to health issues. I get satisfaction from helping patients navigate complex social and health situations, coordinating their care with social services and other resources.” 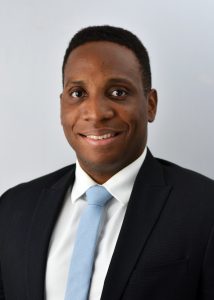 Sean Francois can cite three specific instances that helped place him on his current path.

When he came to the United States from Haiti nine years ago, he admits he didn’t know much about the American system of higher education. After taking the SAT, he filled out a questionnaire ranking his preferences in a college. It suggested UNC-Greensboro, where he ended up having a “great experience.”

During his time as an undergraduate, he came to Chapel Hill for UNC’s Science Enrichment Summer program, which sparked an interest in medicine. Later, after graduating from the MED Program, François came to the UNC School of Medicine.

Now, as Francois matches into General Surgery at Maine Medical Center in Portland, Maine, he already has a plan laid out for his career: global surgery. He credits a recent rotation in Tanzania with helping him see how he could make an impact in his native Haiti.

“I always felt like I would eventually want to go back to Haiti, but I wasn’t sure what that would look like,” Francois said. “After my time in Tanzania, where I met people doing truly amazing work in a resource-limited setting, I feel like I have a roadmap.”