UNC School of Medicine
Skip to main content
UNC Health and UNC School of Medicine
Newsroom
The UNC Health logo falls under strict regulation. We ask that you please do not attempt to download, save, or otherwise use the logo without written consent from the UNC Health administration. Please contact our media team if you have any questions.
Home / Announcements / Surgical & Cardiology Team at UNC Children’s Help Infant Thrive

A Problem with the Ultrasound

The 20-week anatomy scan. A chance to see your baby on screen. In a dark room, an Ultrasound technician slathers cold “goo” on your stomach as you wait with bated breath, the black and white blurry image appearing on a monitor. Emily Halpin and her husband Peter were excited to welcome their first child, a baby girl, expanding their family from two to three. Dad was an assistant professor and mom a graduate student finishing her Ph.D. at New York University.

The image took shape on-screen as they watched the technician take measurements, noticing that the child was small. During the scan the doctors found that Baby Halpin had a two-vessel cord. The doctors explained that in most pregnancies the umbilical cord has two arteries and one vein. Instead, their baby girl had only one artery and one vein. The condition is also known as single umbilical artery and occurs in just 1% of pregnancies. Doctors scheduled a fetal echocardiogram to check on the baby’s heart.

According to March of Dimes, about 20% of infants, two out of every 10 with a single umbilical artery have health problems, including heart, kidney, and genetic conditions. Doctors wanted to be sure that this wasn’t the case with Baby Halpin. The fetal echo showed no malformations or issues with the heart, and the pregnancy progressed with consistent monitoring of both baby and mom to be safe.

An Issue with her Heart

Throughout the pregnancy during the periodic growth scans, Baby Halpin was measuring small. At the beginning of the third trimester, around the 27th week, doctors started to notice additional concerns. During the growth scan the baby had dropped far below standard measurements, and they saw an abdominal abnormality. Doctors conducted an emergency amniocentesis and genetic testing, but both came back normal. They performed another fetal echo and confirmed that the baby had an issue in her heart.

At that point, Mom was on high alert. “I was writing my Ph.D. dissertation and getting ready to defend it while Peter was applying for a job at UNC. It was an incredibly stressful time,” describes Emily. “Plus, knowing that our child had some congenital anomalies was super challenging. At 38 weeks I noticed that the baby had stopped moving and went in for a fetal wellbeing checkup. Her score was not reassuring, and it turned out that she wasn’t tolerating the practice contractions I was experiencing, so I had an emergency C-section.”

Margot Halpin was born on April 30, 2018, at four pounds, 11 ounces at Mount Sinai Hospital in New York City. Doctors did a fetal echo of her heart while she was in the Neonatal Intensive Care Unit. Margot was diagnosed with ventricular septal defect (VSD), one of the most common congenital heart defects, in which there is a hole in the lower chamber of the heart.

The American Heart Association explains that typically, the left side of the heart pumps blood to the body, and the heart’s right side pumps blood to the lungs. In a child with VSD, blood can travel across the hole from the left pumping chamber (left ventricle) to the right pumping chamber (right ventricle) and out into the lung arteries. If the VSD is large, the extra blood being pumped into the lung arteries makes the heart and lungs work harder, and the lungs can become congested.

“Typically babies with VSD have too much blood flow through the hole into the lung arteries called the pulmonary arteries, and that’s why they develop heart failure,” explains Dr. Mahesh Sharma, Chief of Congenital Cardiac Surgery and Co-Director of the NC Children’s Heart Center at UNC Children’s Hospital. “They develop a condition called failure to thrive where they don’t gain weight well; they’re burning a lot of calories at rest because the heart is working harder than it needs to. Over time, that can lead to problems such as developing heart failure. Worsening heart failure can lead to heart rhythm problems and could lead to injury of some of the valves inside the heart.”

Margot remained in the NICU for ten days and was discharged with instructions to consult a cardiologist. The day they brought Margot home was the same day that Emily graduated from her Ph.D. program. More changes were yet to come. In August, three months after bringing home their baby girl, the family moved to Chapel Hill so Peter could begin his position as an associate professor in the School of Education at the University of North Carolina.

They were well taken care of before they even set foot in the state. “I got a call from Dr. David Ezon, Margot’s cardiologist at Mount Sinai Children’s Hospital in New York, a former colleague of mine from Pittsburgh,” says Dr. Sharma. “We spoke about the situation with Margot; he explained that the family was moving here and that they needed our support. We made sure the family was taken care of as soon as they arrived.”

“We take the time to understand their medical journey so far and make sure they are on the correct trajectory for a successful outcome,” Hoffman explains. “At UNC Children’s Hospital what sets us apart is that we concentrate on family-centered care, and we humanize the experience. We get to know our patients’ families and establish a relationship as soon as possible so we can provide comfort and care to them as if they have been with us the whole time.”

“Before we even had a chance to unpack any of our boxes, we had an appointment with Dr. Sharma and Dr. Hoffman,” Emily recalls. “That was reassuring for us; it made us feel grounded and prepared for her heart care. It helped us feel like we had at least one anchor here.” 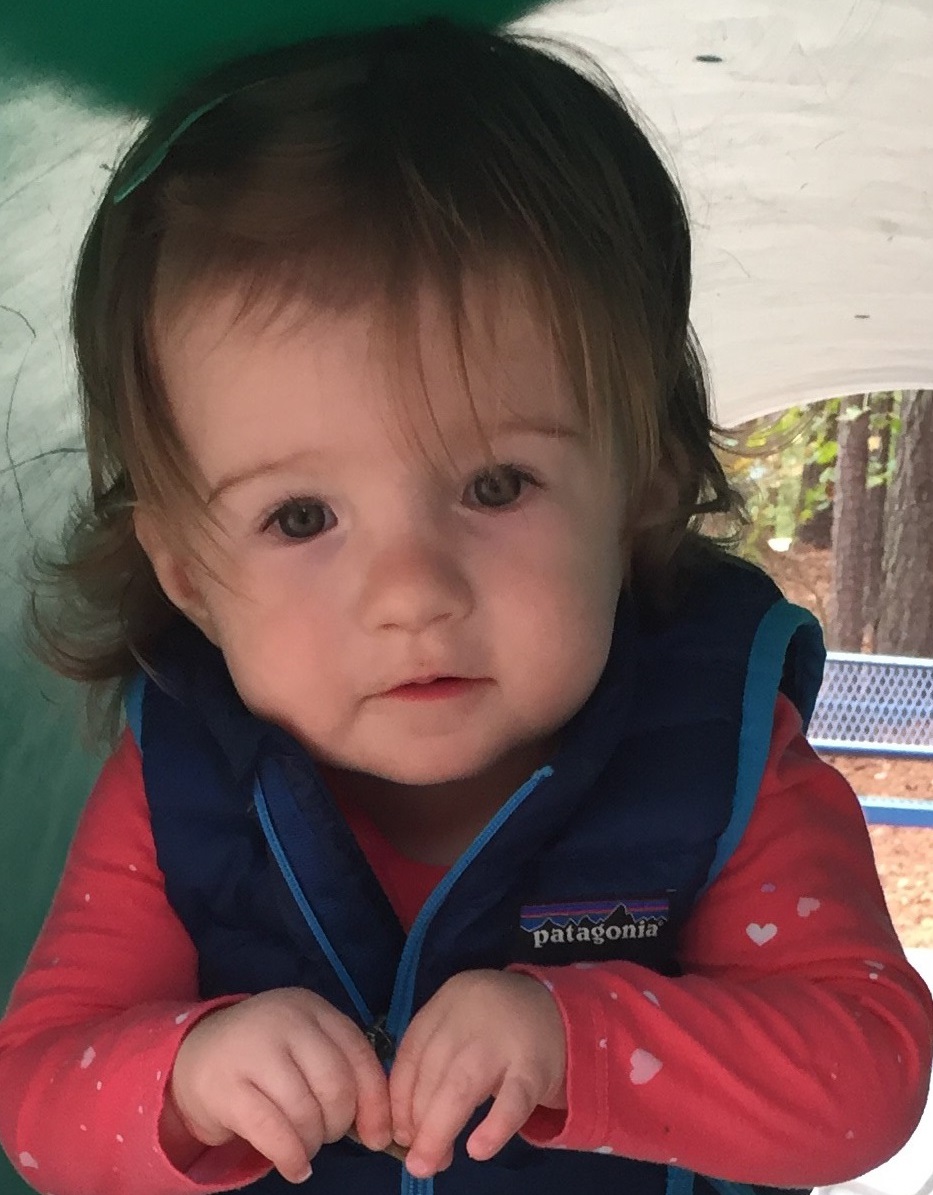 Margot’s heart surgery was scheduled for Mid-September when she was four months old. Throughout the six weeks between her initial appointments and planned surgery, the heart team stayed in constant communication with the family. “Peter was hesitant about the surgery because he was hoping the hole would close up on its own,” Emily shares. “Dr. Sharma was helpful in talking through the reality of the situation with us, explaining what would happen if we waited. Dr. Sharma and Dr. Hoffman worked well together as a team, collaborating and making sure to keep us updated on what to expect.”

The surgery date was set. The only thing standing in the way was impending Hurricane Florence. Margot’s weight gain had plateaued, feeding wasn’t going well, and her breathing was getting worse, becoming an up/down panting even when she was resting. Her heart was working hard each day to supply her body with nutrients while her lungs were getting congested. Emily and Peter were concerned that the surgery would be rescheduled due to the hurricane but thankfully everything went according to plan.

The day after Hurricane Florence hit, Emily and Peter woke Margot up early, gave her a bath with special pre-surgical soap, and got her to the hospital. As she was getting prepped for surgery, Dr. Sharma spoke with the parents. “He was so reassuring,” remembers Emily. “His whole demeanor was calm, cool, and collected, while we were total wrecks. He didn’t seem nervous or worried; he chatted with us and assured us that Margot was in great hands.”

The surgery lasted several hours. While the parents waited, Dr. Sharma and his team repaired the heart. He closed the defect with a patch made of pericardium, which is the tissue surrounding Margot’s heart.

The tissue is used to create or build a wall between the pumping chambers of the heart so blood is routed in the correct direction. When the surgery was complete, the UNC Children’s nurses informed the family that Margot would be leaving the OR and transferred to the pediatric cardiac intensive care unit, giving them a chance to see her as she was wheeled through.

After the surgery, Dr. Sharma spoke with the family. “He came out and told us it was the best-case scenario, a successful repair,” says Emily. “He gave me a huge hug, and we were thrilled, a huge weight was lifted.”

That evening the family went home to get some rest, but were called in the early morning hours due to an unforeseen complication. Margot had experienced difficulty breathing in the middle of the night and had to be re-intubated, which caused her heart rate to drop. She was stabilized and started on the road to recovery. Margo remained in the hospital for ten days before being discharged. Each day, Dr. Sharma and Dr. Hoffman visited Margot and the family to check on her progress, speak with them, and answer any additional questions. 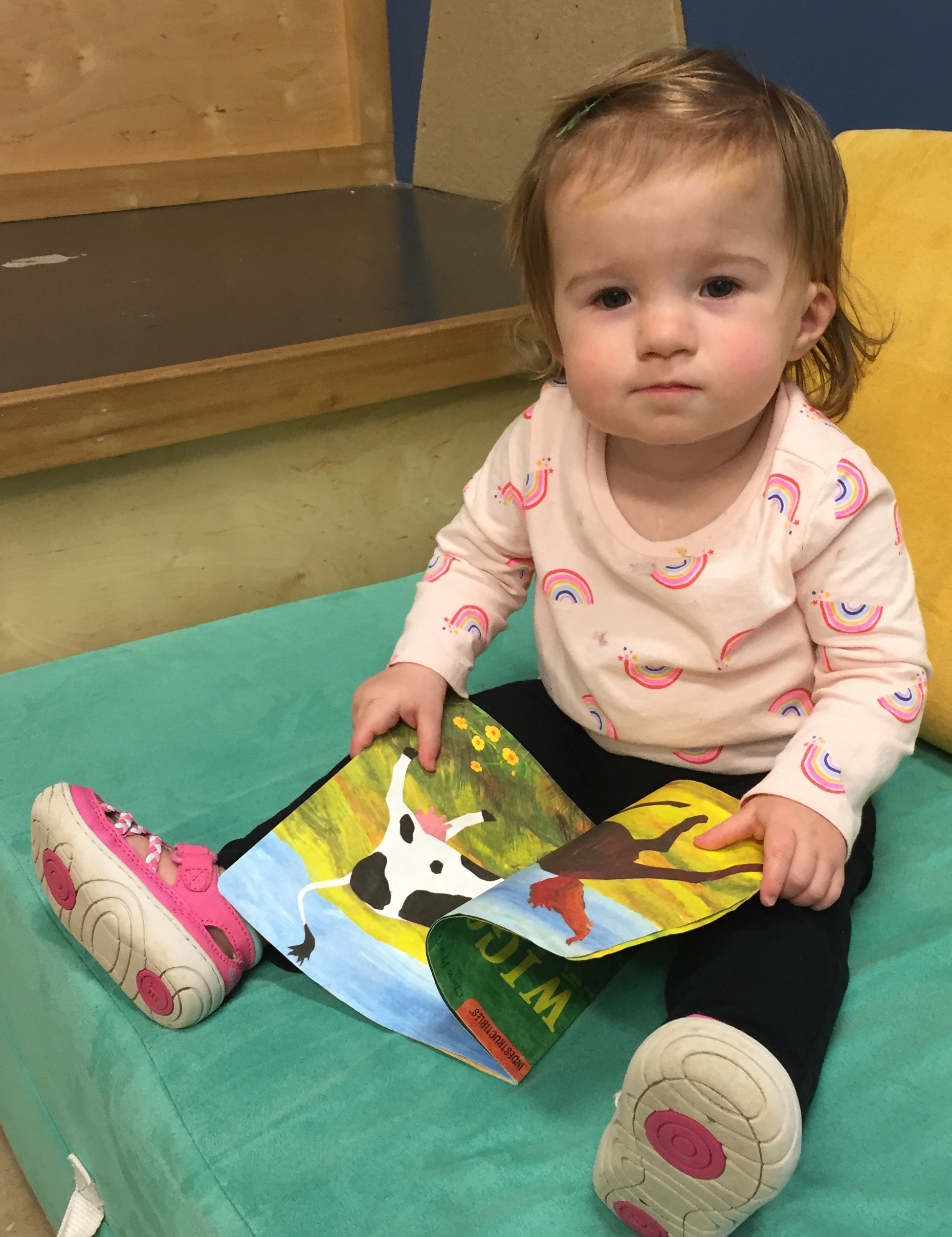 A Year Later: Thriving After Surgery

Shortly after surgery, Margot’s parents noticed several positive changes. Her breathing was normal, she was eating, gaining weight, and sleeping as peacefully as an infant can. Today, a year after surgery, Margot is a healthy, happy, child, just with a scar over her heart.

Emily shares her feelings about the entire experience with UNC Children’s, “We are so relieved and grateful to the entire team at UNC Children’s Hospital. The level of care and compassion that Margot got was really nice to see,” she recalls. “Dr. Sharma and Dr. Hoffman were great, compassionate, and respectful to Margot, to me, to my husband, and to my parents,” she says.

“I feel very grateful to them and the team. When I look back on it, what I remember overall is how well we were taken care of. The defining memory is their outpouring of compassion.”