UNC School of Medicine
Skip to main content
UNC Health and UNC School of Medicine
Newsroom
The UNC Health logo falls under strict regulation. We ask that you please do not attempt to download, save, or otherwise use the logo without written consent from the UNC Health administration. Please contact our media team if you have any questions.
Home / Cardiology and Heart Health / Healing Little Hearts in Kosovo

Kosovo: a country left to rebuild after crisis. Most affected are those who have the least control. At times, this can leave some of the most vulnerable, such as children with congenital heart disease, with few options for survival. In the wake of rebuilding a country, resources and necessary infrastructure to perform such life-saving interventions on the sick were lacking. It’s in these moments that organizations like Gift of Life International and healthcare volunteers from across North America team up to make a difference.

GOL was established in 1974 when the first-ever recipient received another chance at life. GOL has evolved over the past four decades from an organization that would bring one child at a time to the US for care to presently sending expert teams of healthcare professionals to countries in need. On the GOL website, they describe themselves: “We transform the lives of children with heart disease and their families by coordinating the efforts of 84 autonomous Gift of Life programs in 81 countries across five continents with like-minded partner charities, hospitals, healthcare professionals, Rotarians, and other volunteers to develop sustainable pediatric cardiac surgery, catheterization, and aftercare programs in emerging countries.”

In late August 2019 in North Carolina, the weather is slowly starting to change from the stickiness of summer to the crispness of fall. On the University of North Carolina campus, students are getting into the swing of the semester, and UNC Hospitals are bustling, caring for patients. But Mahesh Sharma, MD, Chief of Congenital Cardiac Surgery and Co-Director of the UNC Children’s Heart Center is thousands of miles away from all of that in Kosovo. His mission: to treat children suffering from congenital heart conditions that would otherwise not receive care.

Kosovo is a country located in the Balkans region of Europe. Serbia borders it to the north and east, North Macedonia to the southeast, Albania to the southwest, and Montenegro to the west. After the war in the former Yugoslavia in the early 1990s, Kosovo achieved independence but was left war-torn. It’s one of the poorest, least developed regions of the Balkans; a country lacking in resources, especially when it comes to treating pediatric heart conditions. 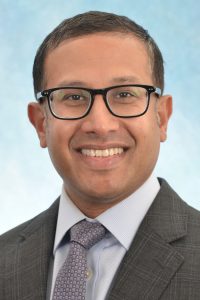 This was Dr. Sharma’s first trip to the country, but he has traveled all over the world since 2009 on similar missions to perform heart surgeries for children in need. His first exposure to mission work was when he was a Senior Registrar learning congenital heart surgery at the Great Ormond Hospital for Children in London. During his year there, he assisted Professor Sir Magdi Yacoub at the Harley Street Clinic, where several children from Africa were brought to England via his charity, Chain of Hope, to have care.

“I was amazed at how severe their heart disease was, and the impact we could have on them as individuals as well as the impact on a community back in Africa. That set the stage for me to pursue this type of work.“

He, along with nurses, cardiologists, and anesthesiologists from across the US, joined the mission of GOL to help children who otherwise have no chance for treatment. This year, with their help, the organization was able to save the lives of more than 26 kids. “In countries around the world lacking basic pediatric heart care, kids will die unnecessarily from treatable conditions,” explains Dr. Sharma. “This is what I’ve trained my whole life to do. And if I need to go across the world to provide this service to a child in need, then that’s what I’ll do.”

Gift of Life International previously had been to Pristina, the capital city of Kosovo, to screen children for care. In those cases, the children received care outside of the country. This latest trip was the first time a team treated children at the University Clinical Center of Kosova (UCCK). It was made possible through a Rotary Global Grant GG198115. A screening team including Dr. Pierre Wong of Children’s Hospital of Los Angeles along with the local head of Pediatric Cardiology in Pristina, Dr. Ramush Bejiqi of University of Prishtina, Pediatric Clinic, University Clinical Centre of Kosovo, Prishtina, Kosovo, assessed potential surgical cases.

Before the start of the mission, all of the cases were reviewed in detail in a multidisciplinary fashion to assess suitability for surgical repair and expected postoperative outcomes. Since it was the first mission to Kosovo, the team elected to perform open-heart surgery on children who were expected to recover quickly as the mission trip was only one week in length. Dr. Sharma joined Dr. Dilip Nath, a pediatric heart surgeon from Washington University School of Medicine-St. Louis Children’s Hospital to provide surgical care. The children came from around the country but needed to be able to travel for the screening visit in Pristina. This requirement limited the ability to provide care for children who could not travel to Pristina. The week of the surgeries, days would begin at 6:15 am with a group breakfast and meeting with the team of pediatric cardiologists, pediatricians, critical care doctors, perfusionists, and nurses. The team members were from across the country stretching from Chapel Hill, Boston, New York City and Vancouver to St. Louis, Austin, and Los Angeles. The operations and interventional procedures began at 7:30 am.

The team performed two surgeries daily for five days with a day on either end for evaluation and recovery. Most patients were discharged home before the mission was complete, and the local pediatric cardiac team cared for the remaining patients once the mission trip ended. All of the surgeries were successful, with every child doing well and being discharged home without complication at follow-up. The team worked tirelessly to complete 8 major heart surgeries along with 18 cardiac catheterization procedures. This mission has a huge impact not just on the children but on the doctors, nurses, and staff willing to volunteer their time and skills. “One of the main reasons I chose to become a pediatric heart surgeon is that it affords methe opportunity to perform humanitarian work at the most fundamental, yet deepest levels,” shares Dr. Sharma. “Many of the children in developing countries have treatable and often curable heart conditions with surgery. However, only a fraction of the world’s population has access to such life-changing procedures. It is our obligation to help those less fortunate than us. Health, I truly believe, is a basic right for all humankind.”

To find out about all of the children that were impacted by this trip check out the GOL August 2019 Kosova Mission Report.