UNC School of Medicine
Skip to main content
UNC Health and UNC School of Medicine
Newsroom
The UNC Health logo falls under strict regulation. We ask that you please do not attempt to download, save, or otherwise use the logo without written consent from the UNC Health administration. Please contact our media team if you have any questions.
Home / Cancer / Black women with breast cancer experience delayed, longer treatment than whites, study finds

One in seven black women with breast cancer had delays in starting treatment, and black women also had extended duration of treatment, according to a study led by UNC Lineberger Comprehensive Cancer Center researchers Melissa Troester, PhD, and Marc Emerson, PhD.

One in seven black women with breast cancer had delays in starting treatment, and black women also had extended duration of treatment, according to a study led by UNC Lineberger Comprehensive Cancer Center researchers.

In the journal Cancer, Melissa Troester, PhD, Marc Emerson, PhD, and their colleagues report that Black women were more likely than white women (13.4% vs. 7.9%) to have the start of the care delayed by at least 60 days after diagnosis. Black women were also more likely to have longer duration of treatment, as were women under the age of 50 of all races.

The study assessed a variety of patient-reported factors for their impact on delaying start or prolonging duration. While access to care, tumor status and socioeconomic status did affect treatment start times, these factors had greater impact on the length of care. It was also notable that socioeconomic status was not as strongly connected to treatment delay as race. 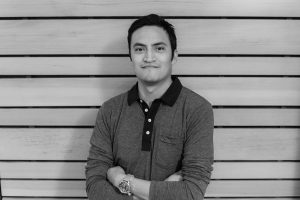 “Our study found that Black women experienced delays in both treatment initiation and duration more often than white women. Even among women with low socioeconomic status, we still saw fewer delays among white women, underscoring the disparate experience of Black women, who appear to experience unique barriers,” said Emerson, the paper’s first author and postdoctoral fellow at UNC Lineberger and UNC Gillings.

Although they have a similar risk of developing breast cancer, Black women are 42% more likely than white women to die from the disease. Among women younger than 45, the mortality rate for black women is more than double that of white women.

The researchers analyzed the course of care of 2,841 women enrolled in the Carolina Breast Cancer Study Phase III, which is part of a population-based study UNC Lineberger and UNC Gillings School of Global Public Health launched in 1993 to investigate how the causes, treatments, and long-term outcomes of breast cancer differ between Black and white women. The women included in the new analysis were between 24 and 74 years of age at time of diagnosis, had stage 1, 2 or 3 breast cancer, and approximately half were Black.

The study used latent class analysis to group women according to a wide range of factors related to socioeconomic status, barriers to accessing care, and treatments and other patient factors that contribute to racial disparities.  This aggregation allowed the investigators to consider how aggregated factors that may work together to define health care experiences.

“Describing and studying the complex set of factors that influence women’s health care experience is a challenge, but this approach helps develop a more complex understanding,” said Troester, the study’s senior author and professor of epidemiology at the UNC Gillings and professor of pathology and lab medicine at UNC School of Medicine. “We observed that the duration of treatment was a particular sensitive indicator of access. This suggests that in addition to helping patients start treatment on time, we also have to work toward improving access so treatment doesn’t drag on.”