UNC School of Medicine
Skip to main content
UNC Health and UNC School of Medicine
Newsroom
The UNC Health logo falls under strict regulation. We ask that you please do not attempt to download, save, or otherwise use the logo without written consent from the UNC Health administration. Please contact our media team if you have any questions.
Home / Events / Driving Down Infant and Child Mortality: Victories, Dilemmas, and Persistent Disparities 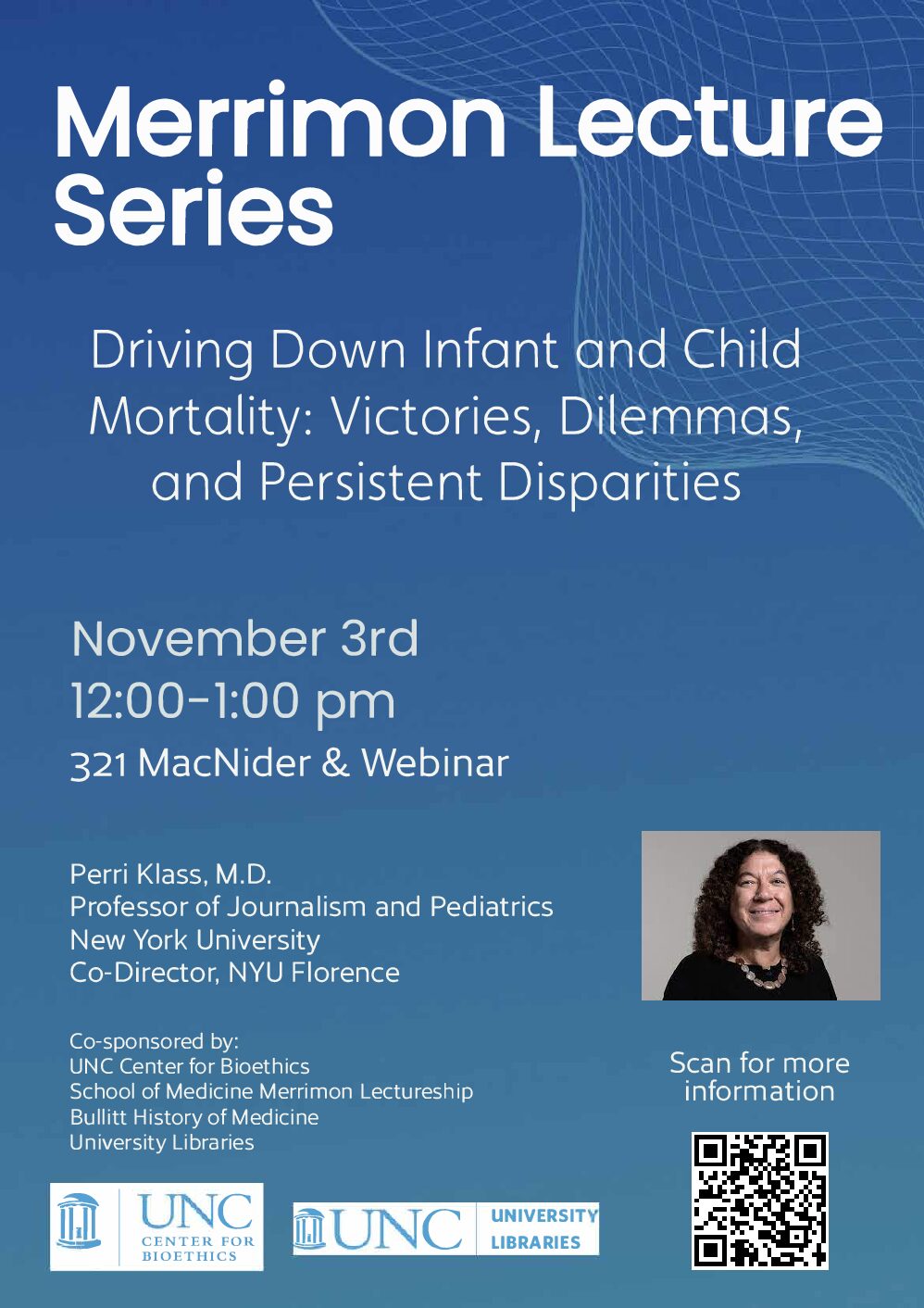 Perri Klass is a Professor of Journalism and Pediatrics at New York University and Co-Director of NYU Florence. She attended Harvard Medical School and completed her residency in pediatrics at Children’s Hospital, Boston.

Her book, The Best Medicine: How Science and Public Health Gave Children a Future, is an account of how victories over infant and child mortality have changed the world (originally published as A Good Time to Be Born). She writes regularly about children’s issues for the New York Times. She has written extensively about medicine, children, literacy, and knitting. She began writing about medicine and about medical training when she was a medical student; her accounts were collected in her two books, A Not Entirely Benign Procedure: Four Years as a Medical Student, and Baby Doctor: A Pediatrician’s Training, which was originally published in 1987 and 1992, and were reissued as classics of the genre in updated editions in 2010. Her most recent book of medical journalism is Treatment Kind and Fair: Letters to a Young Doctor.  Her medical journalism has appeared in a wide variety of publications, including Harpers, The Atlantic, The Washington Post, The Wall Street Journal, The New Yorker, The New England Journal of Medicine, and Harvard Medicine.  Her other nonfiction includes Every Mother is a Daughter: The Neverending Quest for Success, Inner Peace, and a Really Clean Kitchen, which she co-authored with her mother, Sheila Solomon Klass, and Quirky Kids: Understanding and Supporting Your Child With Developmental Differences, which she coauthored with Eileen Costello, M.D., the second edition of which was published by the American Academy of Pediatrics in February 2021.