UNC School of Medicine
Skip to main content
UNC Health and UNC School of Medicine
Newsroom
The UNC Health logo falls under strict regulation. We ask that you please do not attempt to download, save, or otherwise use the logo without written consent from the UNC Health administration. Please contact our media team if you have any questions.
Home / News / UNC-led team awarded $5.1 million for cervical cancer prevention effort in Malawi

Jennifer Tang, MD, and Lameck Chinula, MMED, both in the department of obstetrics and gynecology at the UNC School of Medicine, are co-principal investigators for this USAID grant to more effectively combat cervical cancer, the leading cause of death among women in Malawi.

Jennifer Tang, MD, and Lameck Chinula, MMED, both in the department of obstetrics and gynecology at the UNC School of Medicine, are co-principal investigators for this USAID grant to more effectively combat cervical cancer, the leading cause of death among women in Malawi.

CHAPEL HILL, NC — Backed by a $5.1-million grant, University of North Carolina and University of Malawi College of Medicine physicians and scientists will launch a multi-pronged effort to combat cervical cancer in Malawi, a country in sub-Saharan Africa where cervical cancer is the leading cause of cancer death among women.

The United States Agency for International Development (USAID) and the U.S. National Academies of Science, Engineering, and Medicine are funding a total of $12 million for two new programs to prevent cervical cancer in sub-Saharan Africa, including the project in Malawi and one in Mozambique.

“By screening women, we are able to detect and treat precancerous changes before they develop into cervical cancer,” said Jennifer Tang, MD, MSCR, co-principal investigator of the study for UNC, associate professor in the UNC School of Medicine Department of Obstetrics & Gynecology’s Division of Global Women’s Health and a member of the UNC Institute for Global Health & Infectious Diseases Malawi site. “Because women in Malawi weren’t getting screened, they were getting diagnosed very late. A late cervical cancer diagnosis is usually a death sentence in Malawi. That is why we’re trying to screen as many women as possible using a highly sensitive test, and to treat the women with evidence of precancerous lesions the same day. This increases the number of women screened and treated, and decreases loss to follow up.”

Globally, the majority of cervical cancer deaths occur in low- and middle-income countries, according to the World Health Organization. The disease is linked to the sexual transmission of HPV, or human papillomavirus.

Malawi has the second-highest cervical cancer rate of any country in the world, according to 2018 estimates from the HPV Information Centre. That is due to high rates of HPV as well as HIV, and low population-level screening and vaccination, said Satish Gopal, MD, MPH, member of the UNC Lineberger Comprehensive Cancer Center, cancer program director for UNC Project-Malawi and an associate professor in the UNC School of Medicine Division of Hematology/Oncology.

In 2004, the Malawi Cervical Cancer Control Program set a target of screening 80 percent of eligible women for cervical cancer. Yet, less than a third had completed this screening as of 2015, according to data from the program.

“Progress is being made, but there is a tremendous amount still to do to stem the cervical cancer epidemic,” said Gopal. “We need to understand how to most efficiently deliver the preventive services to the highest number of women, and avert these unnecessary cancer deaths.”

With the new funds, UNC-Chapel Hill and the Malawi College of Medicine will evaluate the feasibility and cost-effectiveness of integrating self-collection HPV testing into voluntary family planning clinics and community-based sites in Malawi. The researchers also are planning to investigate the effectiveness of treating precancerous lesions using a method known as thermocoagulation in a “screen-and-treat” strategy. 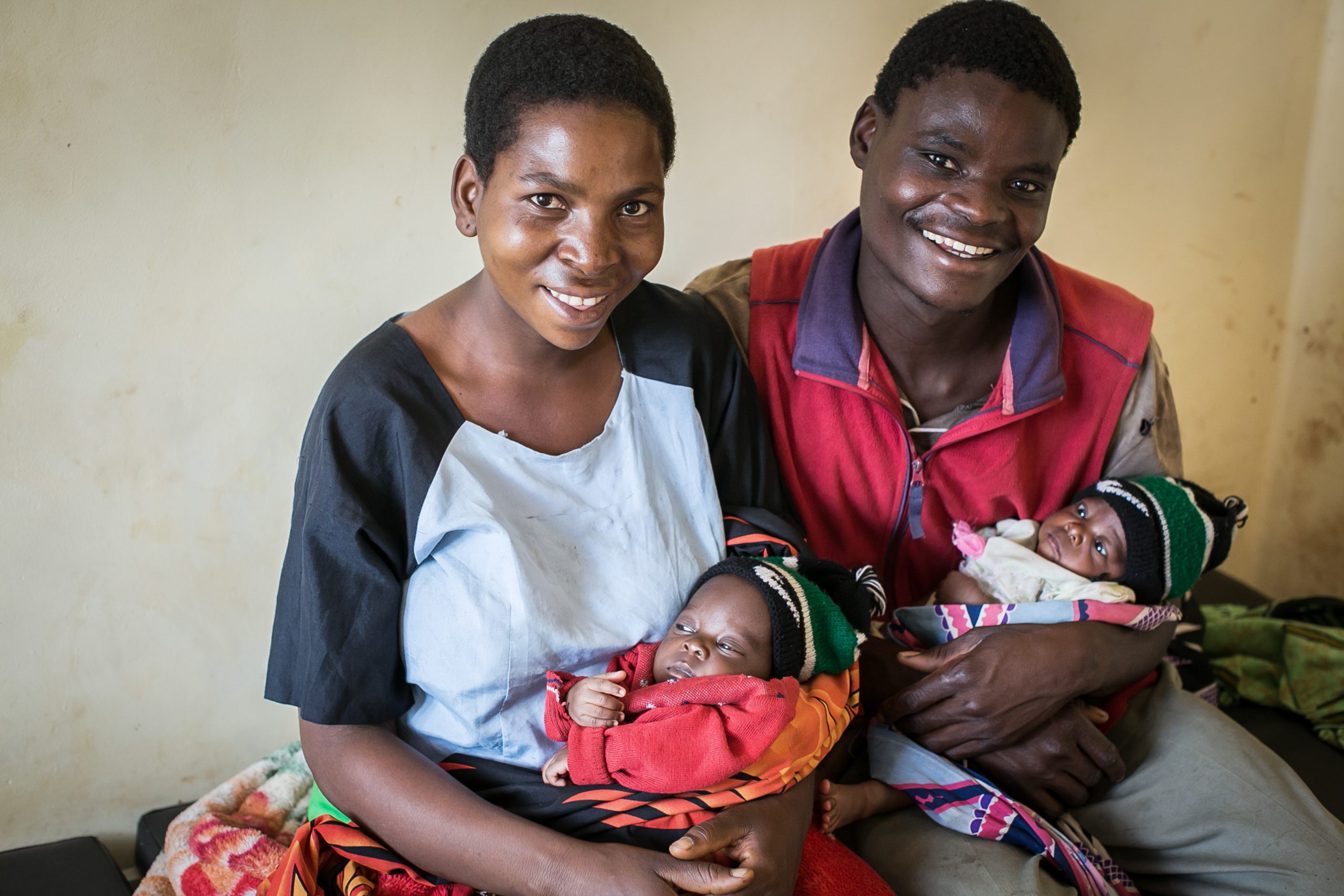 “We couldn’t be more proud of this team of U.S.- and African-trained investigators receiving such a large award to better understand the global burden of cervical cancer,” said Myron Cohen, MD, director of the UNC Institute for Global Health & Infectious Diseases. “UNC faculty and staff from across the campus have worked hard over the past 25 years to build a self-sustaining model of clinical care, research and training in Malawi for health professionals from the United States and in-country to succeed and improve health for all. This grant exemplifies this mission.”

Recent technological advances have made the project possible, Tang said. HPV testing can now be completed rapidly to determine if a woman has a strain of the virus that is high-risk for causing cervical cancer. With the results, providers can determine which women might need same-day treatment of precancerous cervical lesions. Thermocoagulation involves using a portable, battery-operated device that can easily be used in settings with limited resources, she said.

“Transportation is one of the biggest barriers to treatment for women in Malawi, along with cost,” she said. “We’re trying to save women from having to come to the clinic multiple times, spending money and time they don’t have. As soon as we find a problem, we are treating it immediately.” 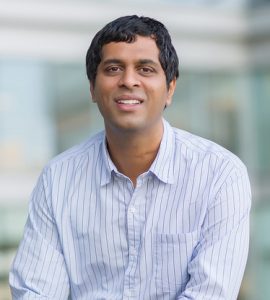 UNC physicians and researchers have been collaborating with Malawian health leaders since 1990 to provide clinical care and research for HIV and other sexually transmitted diseases. This partnership led to the establishment of the UNC Project-Malawi site in Lilongwe. As prevention and treatment interventions have improved the survival rates of people living with HIV in Malawi, cancer has emerged as a growing health problem in the country. In 2014, the Malawi Cancer Consortium was launched with funding from the National Cancer Institute to help fight cancer, and HIV-associated cancers in particular.

Last year, Malawian leaders traveled to UNC-Chapel Hill to meet with Carolina leadership, physicians and scientists to prepare for the opening of Malawi’s first dedicated cancer center, which is expected this year and is being built adjacent to UNC Project-Malawi.

The newly funded cervical cancer project builds on the results of a pilot study led by Lameck Chinula, MMED, FCOG, who is co-principal investigator for this project and the first Malawian-trained obstetrician and gynecologist at UNC Project-Malawi. During the pilot study, more than 400 rural women were screened for cervical cancer using a community-based screening approach, and then treated with thermocoagulation if they were found to have precancerous lesions.

Chinula, who is also a research assistant professor in the UNC School of Medicine’s Department of Obstetrics and Gynecology, was trained in South Africa through funding from the UNC Institute for Global Health & Infectious Diseases partnership with the Fogarty AIDS International Training and Research Program and the Gilead Training Fellowship. To address another critical need, he was also trained to perform the surgical procedure used to treat invasive cervical cancer – radical hysterectomy – by two U.S. gynecologic oncology specialists. Chinula now strives to educate other clinicians, and Malawian women in general, to stop cervical cancer before it becomes deadly.

“We would like to see providers maximize any contacts they have with women and use the most efficient, culturally- 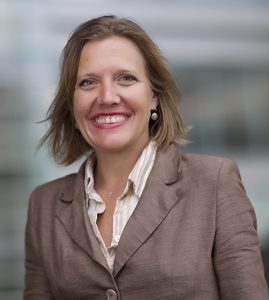 sensitive screening test available to identify patients needing treatment for cervical pre-cancer,” Chinula said. “By allowing women to self-collect specimens for HPV testing, we hope to empower and increase the number of women screened. As a clinician-researcher who has had to deliver the bad news of an incurable cervical cancer diagnosis in Malawi, I can look to the future with hope that a day will come when these diagnoses will be a rare occurrence.”

According to the USAID, this is the first time the agency has funded programs to prevent cervical cancer in the context of broader women’s health, other than under the President’s Emergency Plan for AIDS Relief (PEPFAR). These new programs in Malawi and Mozambique will coordinate closely with PEPFAR investments in both countries.

“Women who aren’t screened and treated for cervical cancer have a higher risk of dying of this preventable disease,” said UNC Lineberger’s Jennifer S. Smith, PhD, professor of epidemiology at the UNC Gillings School of Global Public Health. “We need to do all that we can to increase cervical screening rates globally. We’re testing a self-sampling technology that should increase screening coverage dramatically, but we do have unanswered questions about implementation within existing health care systems and cost. Study findings will inform future policy and implementation, not only for self-collection tests in Malawi, but other countries.”